His World, His Options, His Skills 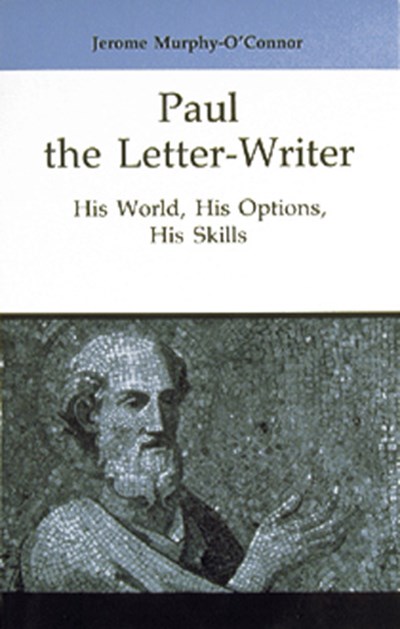 His World, His Options, His Skills

Join now Find out more
Publisher: Liturgical Press
ISBN: 9780814658451
Number of Pages: 160
Published: 01/01/1994
Width: 13.3 cm
Height: 21 cm
Description Author Information Reviews
Paul's letters are intensely human documents. In the examination of such basic human questions as What did he write the letters with?" "Did he use a secretary to record them?" and "What was his personal writing style?" much real information can be gathered regarding his thought without intimidating the average reader. Scholar Jerome Murphy-O'Connor has put together such a work, one that, tapping into his knowledge of classical Greek and Latin writings, addresses the physical nature of a first-century letter as well as the actual composition, presentation, and question of authorship collaborative or other of the Pauline letters. The formal features of the letters and their organization show the extent to which Paul adapted current epistolary conventions. At the same time, they draw attention to his mood while writing and his relationship with the recipients. Father Murphy-O'Connor also investigates the question of how these letters, written to widely scattered churches, were brought together to form the Pauline canon. Jerome Murphy-O'Connor, OP, has been professor of New Testament at the famous ecole Biblique in Jerusalem since 1967. A frequent lecturer in summer sessions in the United States, he has written widely on Paul's life and theology. In addition to his 1 Corinthians and Becoming Human Together: The Pastoral Anthropology of St.Paul, The Liturgical Press has published his St. Paul's Corinth: Texts and Archaeology, which does for Corinth what this book does for the Pauline letters: reveal their character. "

Jerome Murphy-O'Connor is one of the world's foremost authorities on the writings of Saint Paul of Tarsus. He has been a professor of New Testament at the cole Biblique of Jerusalem since 1967. He is the author of numerous works, including St. Paul's Ephesus, St. Paul's Corinth, and Paul the Letter-Writer, all published by Liturgical Press.