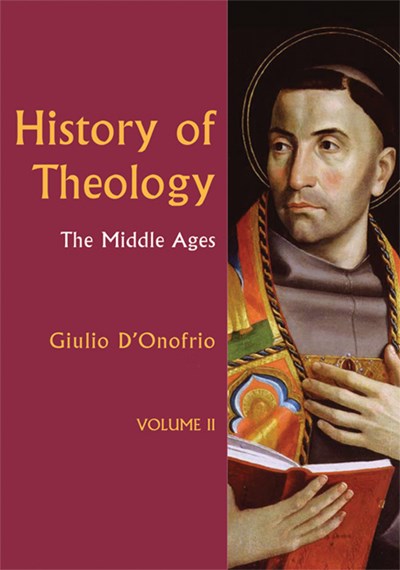 Join now Find out more
Publisher: Liturgical Press
ISBN: 9780814659168
Number of Pages: 560
Published: 01/03/2008
Width: 15.2 cm
Height: 22.9 cm
Description Author Information Reviews
2009 Catholic Press Association Award Winner! At last, a thorough, balanced, and readable history of medieval theology for nonspecialist readers! This is that book we so often ask for and so seldom get: written by a scholar for everyone to read. Giulio D 'Onofrio, a historian of philosophy and theology, uses his deep and broad-ranging knowledge of the thought of the scholars (Christian, Jewish, and Muslim) of the Middle Ages to describe in a thoroughly readable style the development of ideas from the beginnings of what can rightly be called Western culture to the Renaissance and the eve of the Reformation. No longer can medieval theology be regarded as merely Thomas Aquinas and Bonaventure with appendages fore and aft. This book is a page-turner, as readers are continually invited to join scholars and mystics of another age in the perennial pursuit of faith seeking understanding. It is this quest for a synthesis of faith and reason that guided the medieval thinkers and is the unifying thread running through this book. Readers follow as the Roman world of thought gives way to a Christian world whose philosophy builds on that of Greeks and Romans. That early phase in turn yields to the era of the monastic and cathedral schools, where Christian learning was nurtured until the rise of the universities. In that high flowering, the encounter with Jewish and Arabic thought brought a new energy that issued not only in the work of great masters like Thomas and Bonaventure but also in a flowering of mysticism. Along the way, the great controversies of the era sparked new thinking and new learning, as suppressions of thought proved only temporary setbacks and correctives on the way to greater understanding. Matthew O 'Connell's translation is masterful. Readers will be captivated as much by his lucid and readable English as by D 'Onofrio's clear presentation. It is a work of great merit that should be on the shelf, and frequently in the hand, of everyone who is at all curious about how human beings in the past, as in the present, have sought to understand the faith that is in them. Giulio d 'Onofrio teaches the history of medieval philosophy at the University of Salerno, Italy, and also teaches the history of medieval philosophy, Latin, and the exegesis of philosophical texts at the Pontifical Lateran University. He is the editor of Volume III, The Renaissance, in this series.