Their Evolution and Interpretation 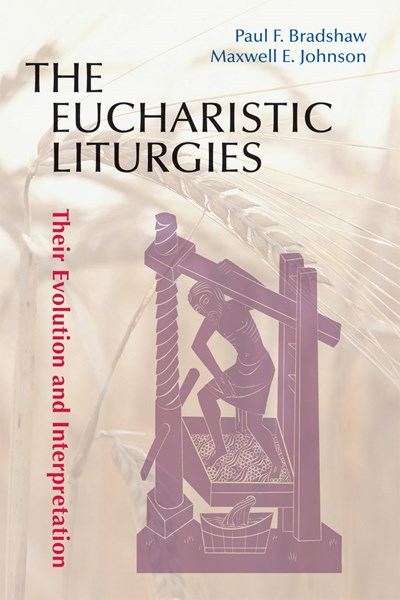 Their Evolution and Interpretation

Join now Find out more
Publisher: Liturgical Press
ISBN: 9780814662403
Published: 01/06/2012
Description Author Information Reviews
In graduate theology programs across the United States and elsewhere, Maxwell Johnson's The Rites of Christian Initiation: Their Evolution and Interpretation has become a standard text. Now Johnson and Paul Bradshaw together offer a companion volume on the historical development of the liturgy and theology of the Eucharist. Like the earlier volume, this study proceeds historically, from the origins of the Eucharist up to our own day. Unlike most studies of this kind, it includes an introduction to and developmental summary of the diverse eucharistic liturgies of the Christian East. It also explores the various Western rites (Ambrosian, Gallican, and Mozarabic) in addition to the Roman. With regard to theological themes, the authors give special attention to the topics of real presence (including the "consecration" of the bread and wine) and eucharistic sacrifice, the most central and most ecumenically challenging issues since the sixteenth-century Reformations. Making the book especially teacher- and student-friendly are the summary points at the end of each chapter. Each chapter also contains an abundance of liturgical texts for ease of reference.

Paul F. Bradshaw is emeritus professor of liturgy at the University of Notre Dame, an honorary canon of the Diocese of Northern Indiana (Episcopal Church), and a priest-vicar of Westminster Abbey. He has written, cowritten, or edited more than twenty books on the subject of Christian worship, including Reconstructing Early Christian Worship; The Origins of Feasts, Fasts, and Seasons in Early Christianity; and The Eucharistic Liturgies (all from Liturgical Press). A former president of both the North American Academy of Liturgy and the international Societas Liturgica, he was also editor-in-chief of the journal Studia Liturgica from 1987 to 2005. Maxwell E. Johnson, PhD, is an oblate of Saint John's Abbey, Collegeville, Minnesota, and an ordained pastor in the Evangelical Lutheran Church in America. He is professor of liturgy at the University of Notre Dame. His articles have appeared frequently in Worship. He is the author of Living Water, Sealing Spirit, The Rites of Christian Initiation, and Between Memory and Hope, published by Liturgical Press.