Neoconservatism vs. the Field Hospital Church of Pope Francis 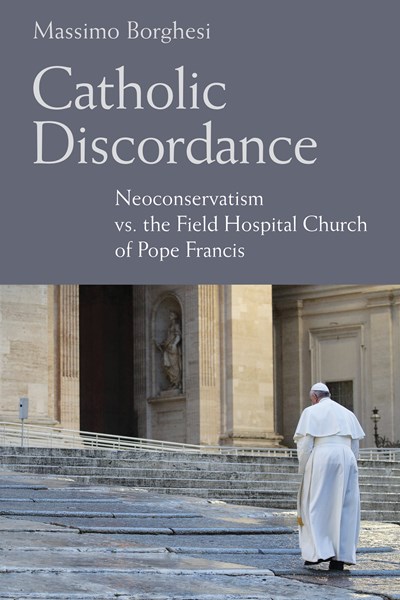 Neoconservatism vs. the Field Hospital Church of Pope Francis

One element of the church that Pope Francis was elected to lead in 2013 was an ideology that might be called the "American" model of Catholicism-the troubling result of efforts by intellectuals like Michael Novak, George Weigel, and Richard John Neuhaus to remake Catholicism into both a culture war colossus and a prop for ascendant capitalism. After laying the groundwork during the 1980s and armed with a selective and manipulative reading of Pope John Paul II's 1991 encyclical Centesimus Annus, these neoconservative commentators established themselves as authoritative Catholic voices throughout the 1990s, viewing every question through a liberal-conservative ecclesial-political lens. The movement morphed further after the 9/11 terror attacks into a startling amalgamation of theocratic convictions, which led to the troubling theo-populism we see today. The election of the Latin American pope represented a mortal threat to all of this, and a poisonous backlash was inevitable, bringing us to the brink of a true "American schism." This is the drama of today's Catholic Church. In Catholic Discordance: Neoconservatism vs. the Field Hospital Church of Pope Francis, Massimo Borghesi-who masterfully unveiled the pope's own intellectual development in his The Mind of Pope Francis-analyzes the origins of today's Catholic neoconservative movement and its clash with the church that Francis understands as a "field hospital" for a fragmented world.

Massimo Borghesi is professor of moral philosophy at the University of Perugia. He is the author of several books, including The Mind of Pope Francis: Jorge Mario Bergoglio's Intellectual Journey (Liturgical Press, 2018) and volumes on Augusto del Noce, Luigi Giussani, and political theology.

"This is an essential book as Borghesi does not write a history of the pontificate of Pope Francis, but a genealogy of a tradition: his most influential intellectual opponents on the Rome-Washington axis. Borghesi draws a picture of the ideological, 'America first', neo-conservative, and turbo-capitalist deviations in the Catholic Church in the USA since the 1980s. He thus offers an indispensable contribution to understanding a broader season in the history of Catholicism that precedes Francis's pontificate and probably will continue for a long time." Massimo Faggioli, Professor of Historical Theology, Villanova University "If you have ever wondered why opposition to Pope Francis, especially from the United States, is so intense, look no further-but bring a spare highlighter. Laying bare the ideological corruption and political ambition of the 'theocons,' Massimo Borghesi has given us a masterly account of Francis's discernment of the church's mission to the contemporary world, and the resentment of those it dethrones. Thrilling in its breadth and depth, beautifully translated, and crammed with insights, Catholic Discordance is the definitive analysis of the choices and tensions the church faces in a post-Christendom world." Austen Ivereigh, author of Wounded Shepherd and co-author of Pope Francis's Let Us Dream "With this splendidly researched volume, Borghesi further establishes his place in the first rank of interpreters of the Francis papacy and the challenges it faces. Building upon his previous scholarship on the thought of Pope Francis, Borghesi here analyzes the fault lines on display in the stalwart resistance by Catholic Neoconservatives and traditionalist culture warriors to the ecclesiological commitments of the first Jesuit pope. Profound insights into the tensions within twenty-first century Catholicism jump off every page. Highly recommended for anyone seeking a deeper understanding of the forces behind contemporary struggles for the renewal of church life." Thomas Massaro, SJ, Professor of Moral Theology at Fordham University "Expanding his earlier defense of Pope Francis from critics who consider the pope a theological and intellectual 'lightweight,' Massimo Borghesi leads us through a very readable analysis of the neo-conservative, largely American, detractors of the magisterium of Francis. It is not too surprising that the first Latin American pope, who prefers the peripheries to the centers of power, would generate resistance from the defenders of capitalism and whose vision of the church as a field hospital for sinners would be rejected by traditionalists who overly identify the faith with its moral teachings. Borghesi describes how Bergoglio's insistence on discernment charts an ecclesial course which rejects both extremes of fundamentalism and relativism." Bishop John Stowe, OFM Conv, Diocese of Lexington