A Method for Liturgical Theology 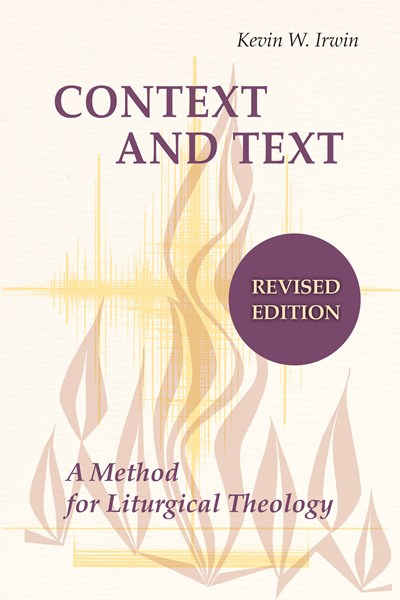 A Method for Liturgical Theology

Join now Find out more
Publisher: Liturgical Press
ISBN: 9780814680377
Number of Pages: 712
Published: 07/09/2018
Width: 15.2 cm
Height: 22.9 cm
Description Author Information Reviews
One of the most influential works in the debate over the concept and definitions of liturgical theology, Context and Text by Monsignor Kevin W. Irwin is now available in a completely rewritten, new edition. In light of the historical, theological, and pastoral mandates of the Constitution on the Sacred Liturgy, Context and Text is both a proposal for and an example of an investigation of the church's liturgical praxis from a liturgical-theological perspective. This second edition, which includes an expanded introduction, covers: * new liturgical and ecclesial contexts resulting from newly promulgated liturgies * further research in method for liturgical studies * consideration for changes in the cultural contexts in which people celebrate the liturgy. Besides brand-new chapters on time and sacramentality, and additions to the chapter on the arts, this edition also considers the ongoing 'texts and contexts' of the liturgy as always a new event in the life and ongoing discussion of liturgical theology within Christianity.

Monsignor Kevin W. Irwin has been on the faculty of The Catholic University of America for over thirty years, where he held the Walter J. Schmitz Chair of Liturgical Studies (2000-2015), served as Dean of the School of Theology and Religious Studies (2005-2011), and is currently an Ordinary Research Professor. Msgr. Irwin has published eighteen books on liturgy and sacraments.