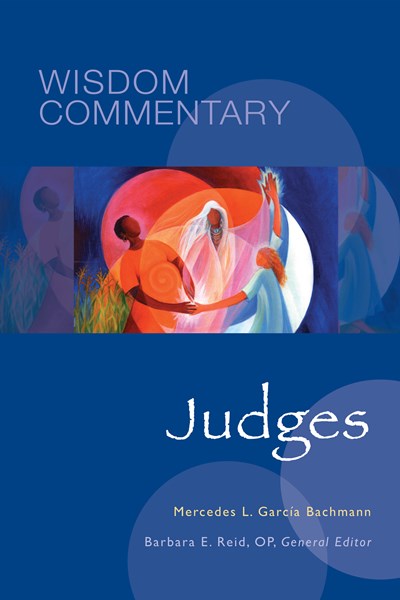 eBook FAQ
Add to Basket
Publisher: Liturgical Press
ISBN: 9780814681060
Number of Pages: 336
Published: 09/08/2018
Width: 15.2 cm
Height: 22.9 cm
Description Author Information Reviews
A woman called blessed for killing a Canaanite general; another called "Mother in Israel" for leading troops into war; several other mothers absent when their children need them; a judge, Deborah, with a proper name and a recognized place for public counseling; a single woman, Delilah, who seduces and conquers Samson. The book of Judges features an outstanding number of women, named and unnamed, in family roles and also active in society, mostly objects of violent dealings between men. This volume looks not only at women in their traditional roles (daughter, wife, mother) but also at how society at large deals with women (and with men) in war, in strife, and sometimes in peace.

Mercedes L. Garcia Bachmann has a PhD in Old Testament from the Lutheran School of Theology at Chicago (LSTC). She taught for almost twenty years at the ecumenical school of theology in Buenos Aires (Isedet). She has one published book, Women at Work in the Deuteronomistic History (SBL, 2013), and several articles and book chapters. Currently she directs the Institute for Contextual Pastoral Studies for the United Evangelical Lutheran Church (Argentina-Uruguay) and teaches online for her alma mater and for other schools. Barbara E. Reid, general editor of the Wisdom Commentary series, is a Dominican Sister of Grand Rapids, Michigan. She is the president of Catholic Theological Union and the first woman to hold the position. She has been a member of the CTU faculty since 1988 and also served as vice president and academic dean from 2009 to 2018. She holds a PhD in biblical studies from The Catholic University of America and was also president of the Catholic Biblical Association in 2014-2015. Her most recent publications are Wisdom's Feast: An Invitation to Feminist Interpretation of the Scriptures (Eerdmans, 2016) and Abiding Word: Sunday Reflections on Year A, B, C (3 vols.; Liturgical Press, 2011, 2012, 2013).