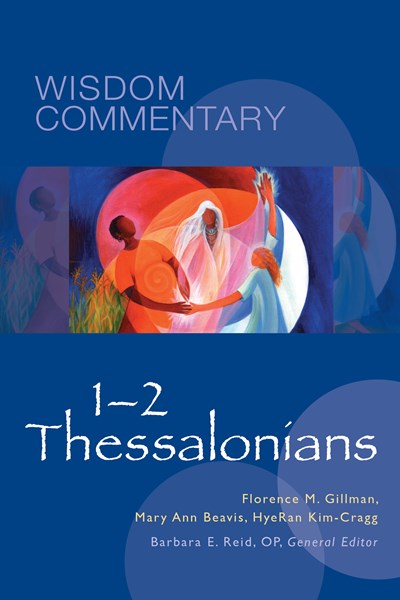 When Paul wrote First Thessalonians shortly after the recipients had accepted the Gospel, many significant issues had already arisen among them. Of great concern was the social complexity, and even persecution, they encountered because they had "turned to God from idols" (1:9). The countercultural stance of those earliest believers, and especially the impact that may have had for women, is addressed throughout this commentary. While Paul directs no remarks only to women in this letter, the ramifications of his preaching on their daily lives emerge vibrantly from the application of a feminist hermeneutics of suspicion to the text. While Second Thessalonians is a shorter letter, it has been disproportionately influential on Christian thought, especially apocalyptic doctrine and the "Protestant work ethic." From a feminist perspective, it is androcentric, rhetorically manipulative, and even violent. In this commentary, Mary Ann Beavis and HyeRan Kim-Cragg explore this text from many angles to expose both constructive and destructive implications in the text. Notably, they suggest a perspective on the "afflictions" endured by the Thessalonian church that neither glorifies suffering nor wishes for revenge but rather sees the divine presence in women's acts of compassion and care in circumstances of extreme duress and inhumanity. From the Wisdom Commentary series Feminist biblical interpretation has reached a level of maturity that now makes possible a commentary series on every book of the Bible. It is our hope that Wisdom Commentary, by making the best of current feminist biblical scholarship available in an accessible format to ministers, preachers, teachers, scholars, and students, will aid all readers in their advancement toward God's vision of dignity, equality, and justice for all. The aim of this commentary is to provide feminist interpretation of Scripture in serious, scholarly engagement with the whole text, not only those texts that explicitly mention women. A central concern is the world in front of the text, that is, how the text is heard and appropriated by women. At the same time, this commentary aims to be faithful to the ancient text, to explicate the world behind the text, where appropriate, and not impose contemporary questions onto the ancient texts. The commentary addresses not only issues of gender (which are primary in this project) but also those of power, authority, ethnicity, racism, and classism, which all intersect. Each volume incorporates diverse voices and differing interpretations from different parts of the world, showing the importance of social location in the process of interpretation and that there is no single definitive feminist interpretation of a text.

Florence Morgan Gillman is professor of biblical studies, coordinator of the Classical Studies Program, and former chair of the Department of Theology and Religious Studies at the University of San Diego. Following completion of the BA and MA at The Catholic University of America, she received her STL, PhD, and STD from the Katholieke Universiteit te Leuven (Belgium). The author of numerous books and articles, she is especially interested in the Pauline churches, women in early Christianity, and the world behind the text of New Testament literature. Mary Ann Beavis received MA degrees from the University of Manitoba and the University of Notre Dame; she holds a PhD from Cambridge University (UK). She is professor of religion and culture at St. Thomas More College (Saskatoon, Canada). Her areas of interest and expertise include Christian origins, feminist biblical interpretation, Christianity and Goddess spirituality, and religion and popular culture. She is the author of several single-author and edited books as well as many peer-reviewed journal articles, book chapters, and book reviews. HyeRan Kim-Cragg (ThD, University of Toronto) is Lydia Gruchy Professor of Pastoral Studies at St. Andrew's College, Saskatoon, Canada. Her academic interests include postcolonial theory, feminist theology and liturgy, anti-racist education, and intercultural ministry. Her most recent book is The Authority and Interpretation of Scripture in The United Church of Canada and her most recent articles appear in Liturgy in Postcolonial Perspectives, and Church in the Age of Migration: A Moving Body.

"The Wisdom Commentary is no ordinary commentary. It brings together gender, feminism, and the voices of diversity in a completely new way. Both firmly historical and methodological, this commentary on the Thessalonian correspondence combines traditional exegesis with surprising new insights to present a refreshingly new reading of these Pauline letters."Carolyn Osiek, RSCJ, Charles Fischer Professor of New Testament Emerita, Brite Divinity School