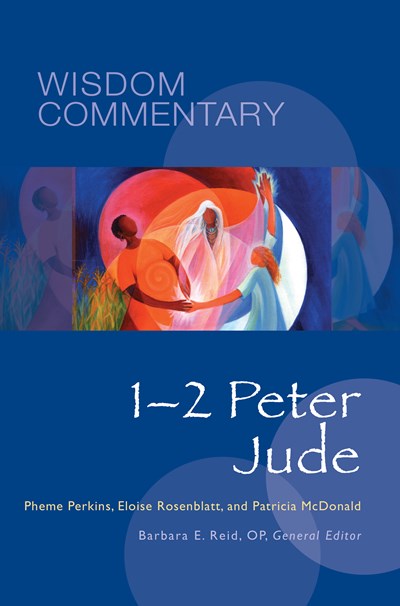 Join now Find out more
Publisher: Liturgical Press
ISBN: 9780814682067
Number of Pages: 360
Published: 26/06/2022
Width: 15.2 cm
Height: 22.9 cm
Description Author Information Reviews
Reading 1 Peter through the lens of feminist and diaspora studies keeps front and center the bodily, psychological, and social suffering experienced by those without stable support of family or homeland, whether they were economic migrants or descendants of those enslaved by Roman armies. In the new "household" of God, believers are encouraged to exhibit a moral superiority to the society that engulfs them. But adoption of "elite" values cannot erase the undertones of randomized verbal abuse, general scorn, and physical violence that women, immigrants, slaves, and freedmen faced as the "facts of life." First Peter offers the "honor" of identifying with the Crucified, "by his bruises you are healed" (2:24). A Christian liberation ethic would challenge 1 Peter's approach. Pliny the Younger, governor of Bithynia-Pontus in north-western Asia Minor, is a contemporary of 2 Peter's writer. The polemical, accusatory genre of 2 Peter, like Jude, originates in Roman judicial rhetoric. The pastor, in the persona of a prosecuting attorney, condemns immoral defendants, including influential women. Their "crimes" encode community tensions over women's leadership, Gentile-members' sexual ethics, their syncretistic deviations from Jewish doctrine on creation, and the certainty of divine judgment and punishment. Citations to Elizabeth Cady Stanton's A Woman's Bible enliven the commentary. The doctrinal disorder prompts the male pastor to sustain loyalists in their commitment to "Our Lord and Savior Jesus Christ." Second Peter dramatizes an ecclesial crisis whose "solution" was the eventual imposition of a magisterium to silence dissent. Brief, combative, and assuming a familiarity with a literary culture that most twenty-first-century readers do not have, the Letter of Jude would be an obvious candidate for being the most neglected book of the New Testament. As a model for a pastoral strategy, it can be recommended only with great reservations: almost everyone will find in it something problematic, if not offensive. Yet, in addition to giving a window on a Greek-speaking Jewish-Christian milieu, Jude's energetic prose testifies to the author's visceral concern for those attempting to live by the gospel in difficult circumstances. Furthermore, to the extent that over familiarity with parts of the New Testament can blunt their challenge, this letter provides a salutary reminder that the entire canon originated in a world that is radically unfamiliar to us.

Pheme Perkins, the Joseph Professor of Catholic Spirituality at Boston College, is the author of over twenty-five books on the New Testament and early Christianity. She was the first woman president of the Catholic Biblical Association and served as chair of its executive board. Additionally, Perkins has served on many editorial boards and is an associate editor of the New Oxford Annotated Bible. Eloise Rosenblatt is a Sister of Mercy, a theologian, and an attorney in private practice in family law in California. She holds an MA in comparative literature from the University of Southern California and a PhD from the Graduate Theological Union in Berkeley. She was the first US woman admitted to the graduate program at the Ecole Biblique et Archaeologique Francaise in Jerusalem, Israel in 1981. Patricia McDonald, a member of the Society of the Holy Child Jesus, is currently academic program director and teacher of New Testament at the Pontifical Beda College, Rome, where she has been since 2012. She has degrees from Cambridge and London Universities, the Pontifical Biblical Institute, and the Catholic University of America. She has taught at Mount St Mary's College (now University), Emmitsburg, Maryland, and at Ushaw College, Durham, England.