Catholic Ecclesiology for the Third Millennium 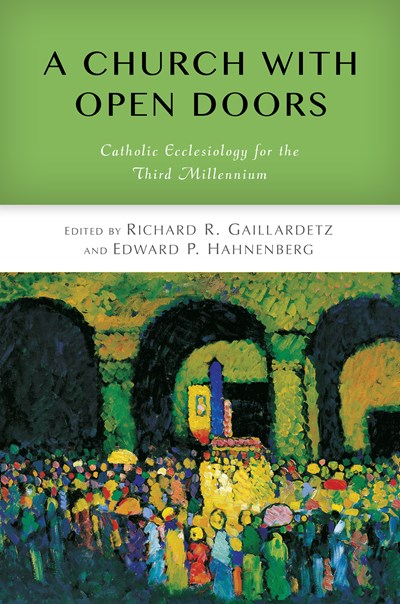 Catholic Ecclesiology for the Third Millennium

Join now Find out more
Publisher: Liturgical Press
ISBN: 9780814683040
Number of Pages: 236
Published: 06/05/2015
Width: 15.2 cm
Height: 22.9 cm
Description Author Information Reviews
Catholic ecclesiology stands at the threshold of a new moment in the reception of the Second Vatican Council. The election of Pope Francis-coinciding with the fiftieth anniversary of the council-has inspired a fresh consideration of its teaching in such diverse areas as ecumenism, inculturation, missiology, and ministry. The chapters in this volume have their origin in a special symposium that called together over forty of the leading Catholic scholars from throughout North America in order to discuss the future of theological reflection on the church. The nine essays in this volume guided that conversation and offer an entry into some of the most pressing issues in ecclesiology today.

Richard R. Gaillardetz holds the Joseph Chair of Catholic Systematic Theology at Boston College. He has published numerous articles and has authored or edited ten books, including Keys to the Council: Unlocking the Teaching of Vatican II (co-authored with Catherine Clifford, Liturgical Press, 2012) and Ecclesiology for a Global Church: A People Called and Sent (Orbis, 2008). Dr. Gaillardetz has been a delegate on the US Catholic-Methodist Ecumenical Dialogue and served as president of the Catholic Theological Society of America between 2013 and 2014. Edward P. Hahnenberg holds the Jack and Mary Jane Breen Chair in Catholic Systematic Theology at John Carroll University. He is the author of four books-including Awakening Vocation: A Theology of Christian Call (Liturgical Press, 2010) and Theology for Ministry: An Introduction for Lay Ministers (Liturgical Press, 2014)-and numerous articles in academic and pastoral journals. Dr. Hahnenberg is a past consultant to the US Bishops Subcommittee on Lay Ministry and current delegate to the US Lutheran-Catholic Ecumenical Dialogue.