A Summa of Interfaith Dialogue 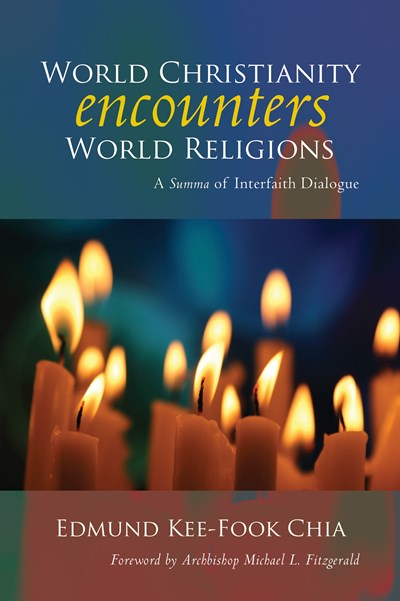 A Summa of Interfaith Dialogue

Join now Find out more
Publisher: Liturgical Press
ISBN: 9780814684221
Number of Pages: 272
Published: 15/12/2018
Width: 15.2 cm
Height: 22.9 cm
Description Author Information Reviews
Synthesizing the thinking of the most prominent scholars, Professor Edmund Chia discusses practically everything that should be known about Christianity's encounter with other religions in this comprehensive book. Topics include: the invention of the idea of World Religions and World Christianity the Bible and the church's attitude toward other faiths Vatican II, Asian Christianity, and interfaith dialogue the what, why, when, and how of dialogue the global ecumenical movement theologies of religious pluralism cross-textual hermeneutics comparative theology interfaith worship religious syncretism multiple religious belonging interfaith learning in seminaries.

Edmund Chia, originally from Malaysia, headed the interreligious and ecumenical office of the Federation of Asian Bishops' Conferences from 1996 to 2004. He then served on the faculty of the Catholic Theological Union in Chicago for seven years and, since 2011, has been teaching at the Australian Catholic University in Melbourne. He has an MA in religion from the Catholic University of America and a PhD in intercultural theology from the University of Nijmegen in the Netherlands. Archbishop Michael Louis Fitzgerald, MAfr, was ordained priest as a member of the Society of Missionaries of Africa (White Fathers) in 1961, and he obtained his doctorate in theology from the Pontifical Gregorian University (1965) and a BAhons in Arabic from the School of Oriental and African Studies, London University (1968). He served on the General Council of the Missionaries of Africa (1980-1986) and the Pontifical Council for Interreligious Dialogue. He was ordained bishop in 1992 and was raised to the rank of archbishop in 2002. From 2006 to 2012, he was apostolic nuncio in Egypt and delegate to the League of Arab States. He is author (with R. Caspar) of Signs of Dialogue (1992); Dieu reve d'unite (2005); (with John Borelli) of Interfaith Dialogue (2006), and of numerous articles.