Thomas Merton's Encounter with Buddhism and Beyond

His Interreligious Dialogue, Inter-monastic Exchanges, and Their Legacy 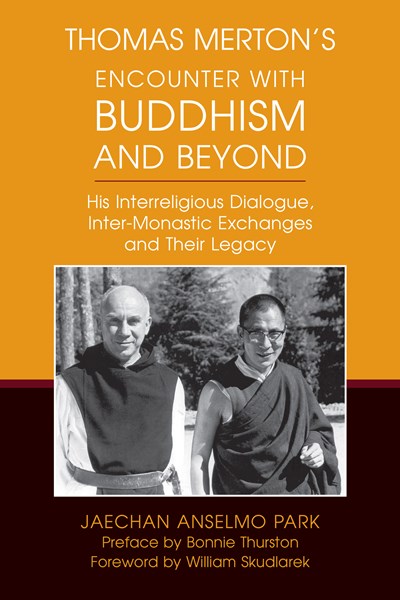 Thomas Merton's Encounter with Buddhism and Beyond

His Interreligious Dialogue, Inter-monastic Exchanges, and Their Legacy

Join now Find out more
Publisher: Liturgical Press
ISBN: 9780814684740
Number of Pages: 320
Published: 15/04/2019
Width: 14 cm
Height: 21.6 cm
Description Author Information Reviews
Thomas Merton recognized the value and possibility of contemplative dialogue between monastics and contemplatives of other religious traditions and hoped that, through such dialogue, monastics would strive for 'inter-monastic communion' and a bonding of the broader 'spiritual family.' He held out hope that this bond would demonstrate the fundamental unity of humanity to a world that was becoming ever more materialistic and divided. Among other themes and topics, this book explores Thomas Merton's role as a pioneer of Buddhist-Christian dialogue and monastic interreligious dialogue. It delves into the process of Merton's self-transformation through contemplative experiences, explores his encounter with Zen and Tibetan Buddhists and his pioneering engagements in Buddhist-Christian dialogue, and presents and responds to the criticisms of those who raise questions about Merton's understanding of Buddhism. Fr. Jaechan Anselmo Park, OSB, articulates and analyzes the influences of Buddhist theory and practice on Thomas Merton's contemplative spirituality and shows how Merton's legacy has influenced and continues to inspire interreligious and inter-monastic dialogue, particularly in an Asian monastic context.

Jaechan Anselmo Park, OSB is a member of St. Benedict Waegwan Abbey in South Korea, where he has been vocation director and director of the Monastic Experience program. He received his STL and ThD from Regis College at the University of Toronto, Canada, where he is currently completing a doctorate in sacred theology. Park is interested in spiritual direction, Thomas Merton and inter-monastic religious dialogue. Presently, he engages in Dialogue Interreligieux Monastique/Monastic Interreligious Dialogue (DIMMID) as an at-large director for intra-monastic dialogue in Asia. Bonnie B. Thurston, after years as a university and seminary professor, lives quietly in her home state of West Virginia. She is the author of many books on Scripture and theology, including Maverick Mark: The Untamed First Gospel, The Spiritual Landscape of Mark,and Philippians in the Sacra Pagina series, all published by Liturgical Press. Her poetry appears frequently in religious periodicals, and among her published collections is Belonging to Borders: A Sojourn in the Celtic Tradition. She is also a contributor to Give Us This Day (Liturgical Press).