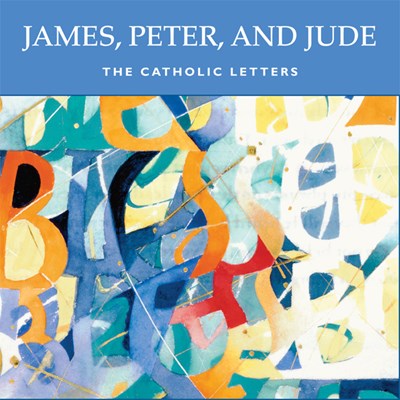 Join now Find out more
Publisher: Liturgical Press
ISBN: 9780814687307
Published: 22/07/2009
Description Author Information Reviews
This study has 7 sessions, incorporating an introductory session and 6 lessons. The Study Set includes the Study Guide by Clifford M. Yeary and the New Collegeville Bible Commentary, James, First Peter, Jude, Second Peter, by Patrick J. Hartin (Liturgical Press). Fr. Patrick J. Hartin, PhD, is professor of New Testament at Gonzaga University, Spokane, Washington, and the author of the Sacra Pagina commentary on James and A Spirituality of Perfection: Faith in Action in the Letter of James, published by Liturgical Press. He is also author ofExploring the Spirituality of the Gospels, which is the companion commentary to Little Rock Scripture Study's The Spirituality of the Gospels. This study covers four New Testament letters traditionally known as the Catholic Letters because each is written to strengthen Christian communities scattered across a wide region of the Roman Empire rather than a specific Christian community. Participants will discover that they contain profound differences as well as intriguing similarities. James is a work of wisdom literature, expounding on the themes of faith and good works, true wisdom, and the need for the rich to care for the poor. First Peter resembles a sermon on baptism. It is filled with moral exhortations about living out one's baptismal promises in a properly upright, faith- filled manner, especially in the face of suffering and persecution. Second Pete contains strong warnings and exhortations to avoid false teachings to maintain proper ethical conduct while awaiting the second coming of Jesus Christ. It shares much of its content with Jude, because of which, Jude is studied in conjunction with Second Peter. Weekly Sessions Introductory Session Lesson 1 - James 1-2 Lesson 2 - James 3-5 Lesson 3 - First Peter 1:1-3:7 Lesson 4 - First Peter 3:8-5:14 Lesson 5 - Second Peter 1:1-2:16; Jude vv. 1-13 Lesson 6 - Second Peter2:17-3:18; Jude vv. 14-24

Catherine Upchurch is the former director of Little Rock Scripture Study and the general editor of the Little Rock Catholic Study Bible. Catherine speaks and writes regularly on a variety of biblical and spiritual topics. She is the author of several books in the Alive in the Word series, including Mary: Favored by God; Christmas: Season of Wonder and Hope; and Hospitality: Welcoming the Stranger. She is also a contributor to Give Us This Day published by Liturgical Press.