Jehovah's Witnesses and the Nazis 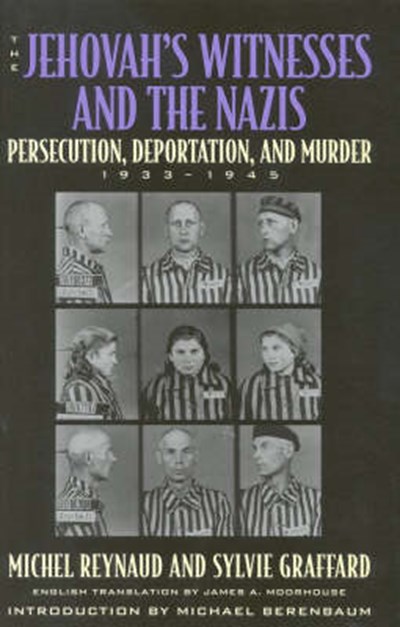 Jehovah's Witnesses and the Nazis

eBook FAQ
Add to Basket
Publisher: Cooper Square Publishers Inc.,U.S.
ISBN: 9780815410768
Number of Pages: 318
Published: 29/05/2001
Width: 14.8 cm
Height: 22.1 cm
Description Author Information Reviews
The Jehovah's Witnesses endured intense persecution under the Nazi regime, from 1933 to 1945. Unlike the Jews and others persecuted and killed by virtue of their birth, Jehovah's Witnesses had the opportunity to escape persecution and personal harm by renouncing their religious beliefs. The vast majority refused and throughout their struggle, continued to meet, preach, and distribute literature. In the face of torture, maltreatment in concentration camps, and sometimes execution, this unique group won the respect of many contemporaries. Up until now, little has been known of their particular persecution.

Michel Reynaud is the founder of the French publishing company, Editions Tiresias and a scholar in the field of World War II deportations. Sylvie Graffard is a writer and a scholar who has been working in the study of deportation since 1960. They both live in Paris. Michael Berenbaum, the president of the Survivors of Shoah Visual Foundation, lives in Los Angeles, CA.

Personal stories of individual suffering and triumph help Reynaud and Graffard to make this vital chapter of Holocaust history breathe. -- Kristin Putchinski ForeWord Reviews Reynaud and Graffard have done admirable research in collecting information about the Witnesses, and in interviewing the few surviving members of the sect who were in the camps... [The Jehovah's Witnesses and the Nazis] is the most informed account of the persecution of the Witnesses that we have -- Istvan Deak The New York Review Of Books This is a book that had to be written. It is most compelling in subject matter and style, is long overdue and is the first of its kind. -- Rabbi Dr. Israel Zoberman The Virginian-Pilot