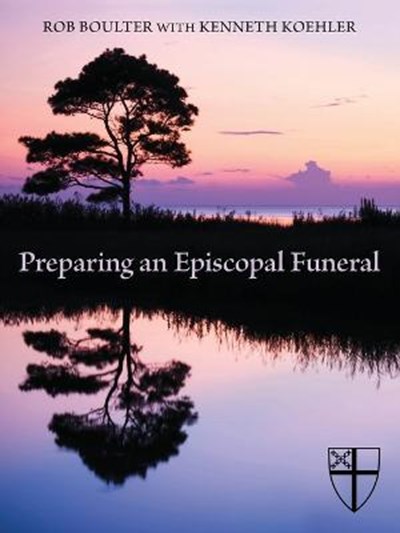 Join now Find out more
Publisher: Church Publishing Inc
ISBN: 9780819229168
Number of Pages: 56
Published: 10/01/2014
Width: 21 cm
Height: 27.3 cm
Description Author Information Reviews
Funeral planning is one of the most challenging things a family or priest may ever do, whether it is honoring the death of a loved one or long-time member of the congregation. This simple guide explains the Episcopal theology of celebrating a life alongside grief, while offering practical guidelines and forms for planning and arranging funerals. All content is in accordance to the Book of Common Prayer (1979) and approved liturgical supplementary materials. This book remedies the lack of resources regarding the Episcopal funeral service, building upon the format and success of Preparing a Catholic Funeral.

Rob Boulter is the Associate Rector for Pastoral Care at St. Columba's Episcopal Church in Washington, D.C. Previously he was a liturgist at Washington National Cathedral and participated in the coordination of the funeral for President Ronald Reagan. Rob holds a bachelor's of Music from Ithaca College. He earned a Master's of Divinity from Yale Divinity School, as well as a Diploma in Anglican Studies from the Berkeley Divinity School at Yale. While at Yale, he studied innovative forms of liturgy with a special emphasis on intergenerational worship. Kenneth Koehler has been a clergyperson for over twenty five years and a priest for nearly forty. He has served two Denver parishes, where the number of funerals per year has averaged 35-40. The first edition of Preparing a Catholic Funeral arose out of the experience of his own father's funeral; when it came time to plan, no one knew where/what his plans were. Since then, literally thousands of parishioners around the country have appreciated the opportunity to supply, in a quick form, the right information for the church and their families. Reverend Koehler currently serves as Pastor of St. Mark Catholic Church in Westminster, CO.