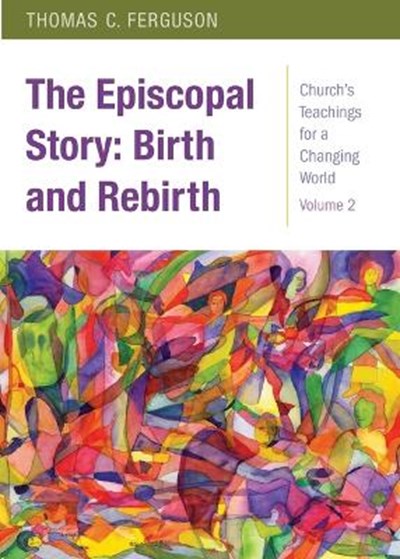 Join now Find out more
Publisher: Church Publishing Inc
ISBN: 9780819232212
Number of Pages: 112
Published: 10/10/2015
Width: 12.7 cm
Height: 17.8 cm
Description Author Information Reviews
The New Church's Teaching Series has been one of the most recognizable and useful book series in The Episcopal Church. With the launch of the Church's Teachings for a Changing World series, visionary Episcopal thinkers and leaders have teamed up to revitalize the classic resource with fresh new voices and style, concise and clear enough for newcomers, yet grounded and thoughtful enough for seminarians and leaders. In this second volume, seminary dean and popular blogger Thomas Ferguson traces the history of Christianity, with a special focus on the rise of the Anglican Communion and the birth and continual rebirth of The Episcopal Church. Explore how we got here and where we might be going. * The next generation of the classic New Church's Teaching Series * Accessible and engaging for newcomers and adult learners; appropriate content for church leaders and seminarians * Interactive study questions and exercises and accompanied by online materials

Thomas Ferguson is the Dean of Bexley Hall, part of the Bexley Hall Seabury Western Theological Federation. A scholar and practitioner, he holds a Ph.D. from the Graduate Theological Union in Berkeley and has served congregations in Connecticut and Rhode Island. He has also worked as the Episcopal Church's Officer for Ecumenical and Interreligious Relations. Tom and his wife The Rev. Shannon Kelly live in Columbus, Ohio, with their son. Follow his blog at crustyoldean.blogspot.com.