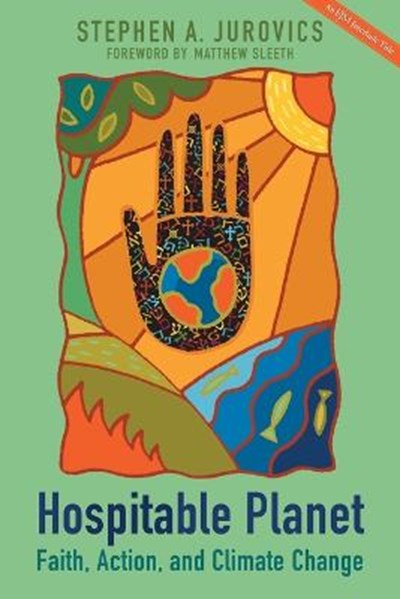 Join now Find out more
Publisher: Church Publishing Inc
ISBN: 9780819232533
Number of Pages: 176
Published: 10/03/2016
Width: 15.2 cm
Height: 22.9 cm
Description Author Information Reviews
United Methodist Women's Reading Group Selection "What can I do about the environment? What has God said about the environment?" Most books about climate change only address one of these questions. Those from a religious perspective do not address what individuals can do to help society transition from fossil fuels, other than changing personal behavior. Readers know instinctively that will not suffice, and so are left feeling the situation is hopeless. In contrast, books that primarily address environmental issues fail to reach people motivated more by faith than science, leaving out many who could constitute the tipping point for full American engagement on the issue. Borrowing an approach from Dr. Martin Luther King, Jr.'s leadership, which brought together both secular and religious arguments for ending segregation, this book addresses physical evidence of climate change while demonstrating through biblical teachings the religious imperative for preserving our inherited world. The compelling biblical case for creation care is grounded in environmental teachings Jesus knew, primarily in the Hebrew Scriptures. Topics addressed include air pollution, treatment of the land, preserving biological diversity, and treatment of animals, and each is connected to contemporary issues such as greenhouse gas emissions, care of the needy, the extinction of species, and factory farming.

Stephen A. Jurovics holds BS and MS degrees from Columbia University and a PhD in Engineering from the University of Southern California. He has had about 20 technical papers published over the years and given numerous presentations at professional conferences. Aspects of climate change mitigation have been the focus of his engineering work for more than two decades. Learn more at hospitableplanet.com.