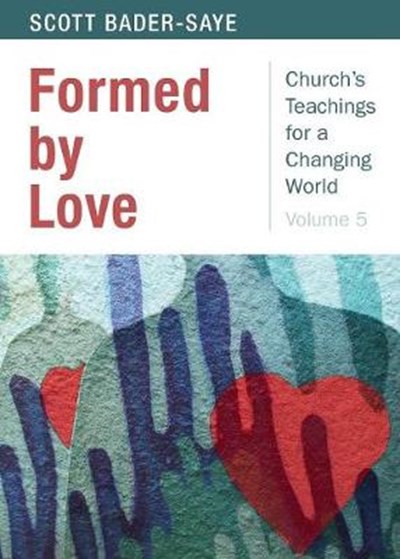 Join now Find out more
Publisher: Church Publishing Inc
ISBN: 9780819233073
Number of Pages: 96
Published: 21/11/2016
Width: 12.7 cm
Height: 17.8 cm
Description Author Information Reviews
The driving question: How do Episcopalians decide the right thing to do? In volume five, Scott Bader-Saye, Academic Dean and Professor of Christian Ethics and Moral Theology at Seminary of the Southwest, examines the moral life through the lens of the Episcopal Church and its traditions. Beginning with an introduction to ethics in a changing world, Bader-Saye helps the reader move past the idea that we either accept cultural change as a whole or reject it whole, suggesting that we need to make discriminating judgments about where to affirm change and where to resist it. Part I looks at distinctive aspects of the Episcopal ethos, noting that "ethics" comes from "ethos," and so has to do with habits and enculturation of a particular people. Topics include creation, incarnation, holiness, sacrament, scripture, and "via media." Part II looks at big moral questions: Who am I? Why am I here? What are good and evil? What are right and wrong? Part III examines how an Episcopal approach might shape a typical day by examining Morning Prayer and Compline as moral formation, in between discussing work, eating, and playing. Each part begins by analyzing cultural assumptions, asking what should be affirmed and what resisted about contemporary context, setting the stage for discussion in subsequent chapters.

Scott Bader-Saye serves as Academic Dean and holds the Helen and Everett H. Jones Chair in Christian Ethics and Moral Theology at Seminary of the Southwest. His teaching and research interests include virtue ethics, economy, ecology, political theology, and Jewish-Christian-Muslim dialogue. His publications include Following Jesus in a Culture of Fear and Church and Israel After Christendom, as well as contributions to The Blackwell Companion to Christian Ethics and The Cambridge Companion to the Gospels. He helped found and lead Peacemeal, a missional Episcopal community in Scranton, Pennsylvania, and is active as a teacher and parishioner at St. Julian of Norwich Episcopal Church, a mission in northwest Austin. He lives in Austin, Texas.