30 Days toward Healing Your Grief

A Workbook for Healing 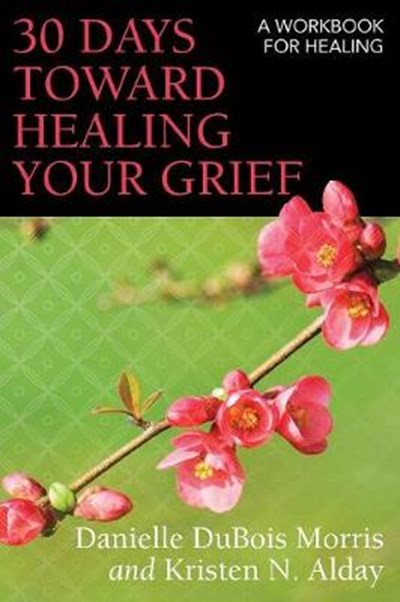 30 Days toward Healing Your Grief

A Workbook for Healing

Join now Find out more
Publisher: Church Publishing Inc
ISBN: 9780819233271
Number of Pages: 112
Published: 01/03/2017
Width: 15.2 cm
Height: 22.8 cm
Description Author Information Reviews
Based on Walking the Mourners Path, an eight-week support program designed to accompany people in their grief, 30 Days toward Healing Your Grief differs from other support resources by using a proven methodology that does not leave people in their pain but gently leads them forward from "that my loved one died" to "how my loved one lived" and finally to "how I must live to honor his or her memory." 30 Days offers, for individuals and small groups, a personal, print version of the successful program on which it's based. Published in workbook form (thirty daily reflections/studies), this book addresses many of the issues that develop with those struggling with grief. Questions-as well as inspirational stories from the author's nearly fifteen years of group work-help readers understand that they are not alone in their pain. This book will assist mourners as they walk through pain, remember their loved one, honor the relationship, honestly address the complications of grief, and find the courage to turn their pain into joyful living once again. Those who thought God had abandoned them will once again feel his presence through a renewed spiritual relationship with our Lord.

Danielle Morris, an Episcopal priest in the Diocese of Central Florida with extensive experience in loss and grief, created Walking the Mourners Path in 1996, and the eight-week grief support program is now used in nearly every state, Canada, Australia, and the Cayman Islands. A former television writer and producer, Morris, who earned a BA in Clinical Psychology, has written and produced more than 120 mini medical documentaries for major networks, written for Medical Tribune, Central Florida Magazine, Orlando Magazine, McCall's magazine, among others, and has published seven children's books. She lives in Orlando, Florida. Kristen N. Alday, Archdeacon, has a BA in Economics from Rollins College in Winter Park, Florida, and worked in the private sector until becoming Chief Operating Officer for Walking the Mourner's Path. During her time there, she spent 4 years traveling the country training clergy and laity in grief ministry. Ordained to the Diaconate, she serves as Archdeacon of the Episcopal Diocese of Central Florida. She has earned a MA in Counseling at Asbury Theological Seminary and spent 2 years as a Licensed Mental Health Intern in the State of Florida, specializing in issues surrounding grief and loss, anxiety and fear, and trauma that accompanies emotional, physical, or sexual abuse. She lives in Maitland, Florida.