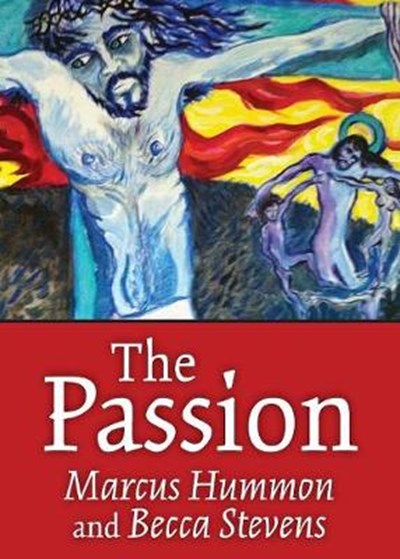 Join now Find out more
Publisher: Church Publishing Inc
ISBN: 9780819233295
Number of Pages: 96
Published: 01/01/2017
Width: 12.7 cm
Height: 17.8 cm
Description Author Information Reviews
Marcus Hummon is the Grammy-award winning singer-songwriter husband of author and 2016 CNN Hero Award winner Becca Stevens. With a grant from Christ Church Cathedral in Nashville, he has created a cantata based on narratives from the gospels - and a five-session book that gives some of the musical history of each piece as well as reflections on its theological significance written by Stevens. The Passion book may be used in conjunction with the CD or MP3, sold separately, which includes twelve cuts, with six of those being songs and six being scripture readings. The musical score is also available for separate purchase. Book, score, full CD/MP3, and individual tracks may be used individually or together, providing flexible programming options. Churches could choose to study the text during the Sundays in Lent or at weeknight Lenten evening programs, with the choir performing the piece on Palm Sunday or during Holy Week. The book and/or CD or MP3 are also perfect for personal devotional use.

Marcus Hummon has been called Nashville's Renaissance Man. He has enjoyed a successful career as a songwriter, recording artist, producer and studio musician, playwright, and author. His songs have been recorded in Pop, R and B, gospel, and most notably in country music. Turning to theatre, Hummon has written 5 musicals and 2 operas. Two of his musicals, Warrior and The Piper, were featured Off-Broadway as part of the New York New Musical Festival (NYMF) in 2005 and 2006. He lives in Nashville, TN. Becca Stevens is one of the premiere preachers and speakers in the United States, proclaiming love as the most powerful force for social change. She is an Episcopal priest and founder of Magdalene, residential communities of women who have survived prostitution, trafficking, and addiction. She also founded Thistle Farms in 2001, which currently employs nearly 50 residents and graduates, and houses a natural body-care line, a paper and sewing studio, and the Thistle Stop Cafe. She raises millions of dollars annually for these organizations. Featured regularly in national and international media, she was named one of "15 Champions of Change" for violence against women in 2011 by the White House. She was recently inducted into the Tennessee Women's Hall of Fame and conferred an honorary doctorate by the University of the South. She lives in Nashville, Tennessee.