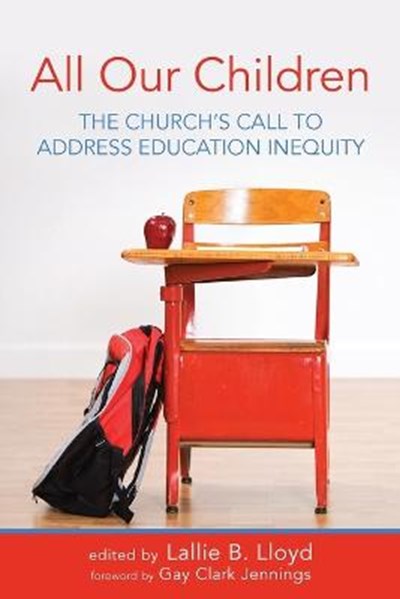 Join now Find out more
Publisher: Church Publishing Inc
ISBN: 9780819233479
Number of Pages: 176
Published: 01/04/2017
Width: 15.2 cm
Height: 22.8 cm
Description Author Information Reviews
All Our Children aims to create a moral imperative for congregations, faith leaders, and faith-based social justice groups to make advocating for quality public education for all an explicit part of their mission through partnerships with under-resourced public schools. Includes an Introduction and Epilogue as well as chapters executive summary and discussion guide written by diverse voices within the Episcopal Church, laying the theological groundwork while showcasing examples of how partnership between church and school can lift up "education as forming humans" as one way to serve God's mission in our neighborhoods.

Lallie B. Loyd is a lay leader in The Episcopal Church, a former General Convention deputy, and has served on policy and ministry commissions at the local, diocesan, and wider church levels. In 2012 she founded All Our Children, a national network of faith-based community partnerships with under-resourced public schools, to renew Episcopalians' commitment to education justice. Lloyd is a graduate of Yale University and has an MBA from the Wharton School and a master's in theology from Episcopal Divinity School, where she received the Hall Prize for outstanding peace and justice work. She lives on Cape Cod. The Rev. Gay Clark Jennings was elected president of the House of Deputies by her peers at the 77th General Convention of the Episcopal Church in 2012, and at the 78th General Convention in 2015, she was reelected by acclamation. She is the first ordained woman to hold the position. She lives near Cleveland, Ohio.