Marcan Portrayal of the "Jewish" Unbeliever 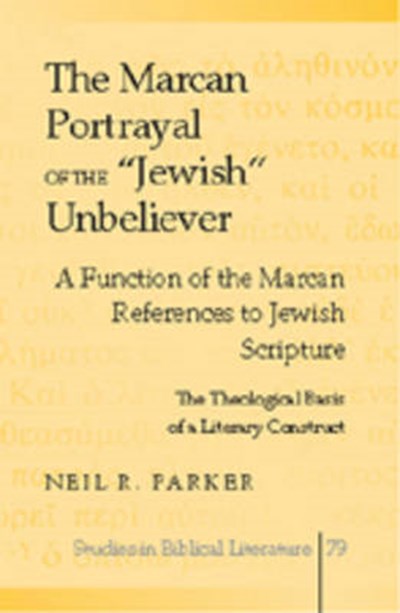 Marcan Portrayal of the "Jewish" Unbeliever

QTY
Add to Basket
Publisher: Peter Lang Publishing Inc
ISBN: 9780820474830
Number of Pages: 350
Published: 03/03/2008
Width: 16 cm
Height: 23 cm
Description Author Information Reviews
One of the most lamentable aspects of Christendom's history has been the long-standing antipathy of some of its members toward persons of the Jewish faith. However, the writer of Mark's gospel did not intend to promulgate such antipathy. Parker's groundbreaking re-assessment of how the evangelist applies Jewish scriptures serves to establish the true nature of Mark's unfavourable depiction of Judaism's custodians as a theological construct. The overriding purpose behind Mark's caricature of Jesus' compatriots was to explain the presence of "faulty" belief, or even unbelief, among a Gentile readership. Subsequent generations have mistakenly given historical credence to Mark's account of Jesus's ministry. Regrettably, this has resulted in the erroneous theological legitimization of atrocities against the Jews.

The Author: Neil R. Parker is an ordained clergyman in the United Church of Canada. He received his Th.D. in Biblical studies (New Testament) from the Toronto School of Theology and The University of Toronto, Ontario, Canada. He has translated several German articles in his area of specialty, which have been published in scholarly journals and collections of essays. Most recently, his translation of a Ph.D. thesis on Jonathan Edwards's doctrine of free will was included in a multivolume anthology of papers on the work of this early American philosopher.