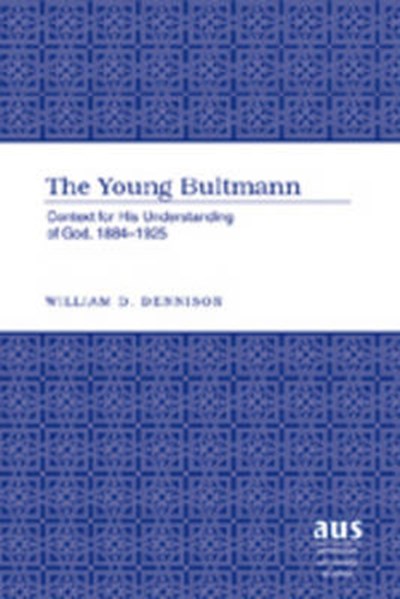 Publisher: Peter Lang Publishing Inc
ISBN: 9780820481135
Number of Pages: 245
Published: 05/02/2008
Width: 16 cm
Height: 23 cm
Description Author Information Reviews
During his early life (1884-1925), Rudolf Bultmann passionately attempted to unite scholar and laity through his understanding of God, which developed in the context of his home and its love for the common people of the church; the legacy of Schleiermacher; Marburg Lutheran neo-Kantianism; the eschatological perspective of the History of Religion School; dialectical theology; and Heidegger's philosophy of existence. Bultmann always insisted that God reflected the inner forces of life within each human being. Over the years, however, Bultmann came to hold that Lutheran neo-Kantianism provided the basic structure by which to analyze, critique, and strengthen his understanding of God. In light of this neo-Kantian structure, Bultmann insisted that God could not be the formulation of any scientific, ethical, or artistic construction. In other words God could not be the object or manifestation of human reason in any form since God transcended human reason. Hence in 1925, through the assistance of the dialectical theologians and Heidegger, Bultmann presented his purest formulation of a neo-Kantian understanding of God: God as the spontaneous moment of encountering the dialectical forces within our existential being.

The Author: William D. Dennison is Professor of Interdisciplinary Studies at Covenant College in Lookout Mountain, Georgia. In addition, he is Visiting Professor of Apologetics and Systematic Theology at Northwest Theological Seminary in Lynnwood, Washington, and serves as Instructor in Apologetics for MTIOPC (Ministerial Training Institute of the Orthodox Presbyterian Church). He received his Ph.D. in interdisciplinary studies (theology, philosophy, history) from Michigan State University and his Th.M. and his M.Div. from Westminster Theological Seminary. Dennison is the author of Paul's Two-Age Construction and Apologetics (1986) and A Christian Approach to Interdisciplinary Studies: In Search of a Starting Point and Method (2007).