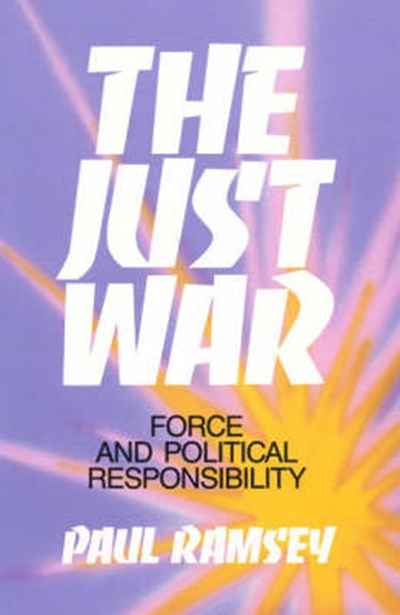 Publisher: Rowman & Littlefield
ISBN: 9780822630142
Number of Pages: 524
Published: 15/10/1991
Width: 15.2 cm
Height: 22.9 cm
Description Author Information Reviews
In the wake of Operation Desert Storm, the question of 'just war' has become a hotly contested issue, and this classic text on war and the ethics of modern statecraft written at the height of the Vietnam era in 1968 speaks to a new generation of readers. In defending just war against Christian pacifism, Ramsey joins a line of theological reasoning that traces its antecedents to Saint Augustine and Saint Thomas Aquinas. Ramsey argues that decisions regarding war must be governed by 'political prudence.' Whether a particular war should be fought, and at what level of violence, depends, Ramsey writes, on one's count of the moral costs and benefits. Characterized by a sophisticated yet back-to-basics approach, his analysis begins with the assumption that force is a fact in political life which must either be reckoned with or succumbed to. He then grapples with modern challenges to traditional moral principles of 'just conduct' in war, the 'morality of deterrence,' and a 'just war theory of statecraft.'

Paul Ramsey, one of the leading theologians of the 20th century, was professor of religion at Princeton University. Among his many writings are Basic Christian Ethics, Nine Modern Moralists, and War and the Christian Conscience: How Shall Modern War be Conducted Justly.