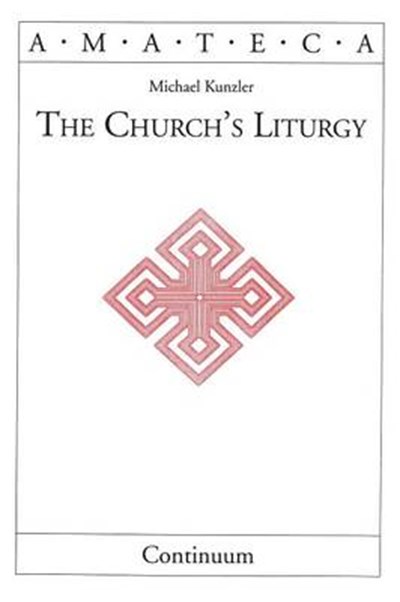 QTY
Add to Basket
Publisher: Bloomsbury Publishing PLC
ISBN: 9780826413536
Number of Pages: 466
Published: 01/04/2002
Description Author Information Reviews
A comprehensive introduction to the liturgy of the Roman Rite, set within a broader consideration of Christian liturgies Eastern and Western (Byzantine, Mozarabic, Ambrosian, and Reformed). The central theme of the book is the life-creating, even deifying, communication between God and human beings. Part 1 deals with God's invitation to humanity to enter the divine fullness of life. This is God's descent or "katabasis." Part 2 concerned with humanity's acceptance of the invitation-the human ascent to God or "anabasis." Following this extensive treatment of the general nature of Christian liturgy are four sections devoted to particular subjects: the celebration of the Eucharist, the celebration of the sacraments, the liturgy of the hours and other services of the Word, and, finally, the liturgical year.

Michael Kunzler was born at SaarbrA1/4cken, Germany, in 1951. Ordained for the diocese of Trier in 1980, he became Professor of Paderborn Theological Faculty in 1988, and he has been a Visiting Professor at the Pontifical Lateran University in Rome since 1999.

" should serve well as a textbook or a reference book for upper division and graduate survey courses." Theological Studies, November/December 2003