A Jewish Reading of the Gospel of John 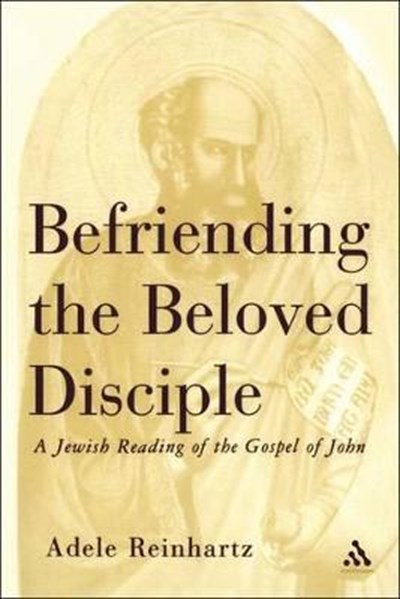 A Jewish Reading of the Gospel of John

QTY
Add to Basket
Publisher: Bloomsbury Publishing PLC
ISBN: 9780826414465
Number of Pages: 206
Published: 01/10/2002
Description Author Information Reviews
Adele Reinhartz has been studying and teaching the Gospel of John for many years. Earlier, she chose to ignore the love/hate relationship that the book provokes in her, a Jew, and took refuge in an "objective" historical-critical approach. At this stage her relationship to the Gospel was not so much a friendship as a business relationship. No longer willing to ignore the negative portrayal of Jews and Judaism in the text, nor the insight that her own Jewish identity inevitably does play a role in her work as an exegete, Reinhartz here explores the Fourth Gospel through the approach known as "ethical criticism," which is based on the metaphorical notion of the book as "friend"--not "an easy, unquestioning companionship," but the kind of honest relationship in which ethical considerations are addressed, not avoided. In a book as multilayered as the Gospel itself, Reinhartz engages in 4 different "readings" of the Fourth Gospel: compliant, resistant, sympathetic, and engaged. Each approach views the Beloved Disciple differently: as mentor, opponent, colleague, and as "other." In the course of each of these readings, she elucidates the three narrative levels that interpenetrate the Gospel: the historical, the cosmological, and the ecclesiological. In the latter, Reinhartz deals at length with the so-called expulsion theory, the dominant scholarly notion that the Johannine community, which included believers of Jewish, Gentile, and Samaritan origins, engaged in a prolonged and violent controversy with the local Jewish community, culminating in a "traumatic expulsion from the synagogue."

Adele Reinhartz is Professor of New Testament and Second Temple Judaism at McMaster University in Hamilton, Ontario. She is the author of The Word in the World and "Why Ask My Name?" Anonymity and Identity in Biblical Narrative.

"Reinhartz has helpfully opened a door to Jewish-Christian exegetical and theological discussion of this Gospel." Theology Today, July 2002