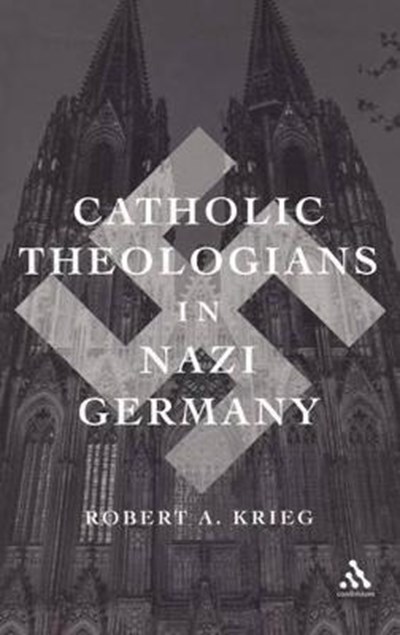 QTY
Add to Basket
Publisher: Continuum Publishing Corporation
ISBN: 9780826415769
Published: 01/03/2004
Description Author Information Reviews
Catholic and Protestant bishops during the period of the Third Reich are often accused of being either sympathetic to the Nazi regime or at least generally tolerant of its anti-Jewish stance so long as the latter did not infringe on the functions of the church. With some notable exceptions that accusation is extended to many lesser figures, including seminary professors and pastors. Most notably the exceptions include such martyred heros as Dietrich Bonhoeffer and Max Metzger, religious activists and writers still of great influence.Among Catholic theologians the record is no less cloudy. Theology and Politics, while discussing a range of religious scholars, focuses on five major theologians who were born during the Kulturkampf, came to maturity and international recognition during the Hitler era, and had an influence on Catholicism in the English-speaking world. Three were in varying degrees and for varying lengths of time sympathetic to the professed goals of the Third Reich: Karl Adam, Karl Eschweiler, and Joseph Lortz. The other two, Romano Guardini and Engelbert Krebs, were publicly critical of the new regime.Interestingly, the two theologians who have had the greatest influence in the English-speaking world, Guardini and Adam, were initially on opposite sides of the Nazi divide.

Robert Krieg is Professor of Theology at the University of Notre Dame, author of three previous books, contributor to major journals in the field, and recipient of the Henry Luce Award from the Association of Theological Schools.

This is a carefully researched and lucidly written explication of the difficulties that faced German bishops and leading theologians in their confrontation with National Socialism. Professor Krieg makes a seminal contribution to our understanding of how and why such influential Catholics could find theological justification for making accommodation with Hitler's regime. Yet he gives special place to those who resisted the Third Reich on religious grounds (Guardini and Krebs), and in doing so shows how they broke new ground in revealing the moral linkages between Catholic theology and the challenges of modernization. Krieg's book is required reading for those who seek not just a deeper understanding of German theologians and Nazism but how that experience contributed to the new theology that informed the Second Vatican Council. Jay P. Corrin, Professor and Chairman, Division of Social Science, College of General Studies, Boston University--Jay P. Corrin