A Nation with a Mission 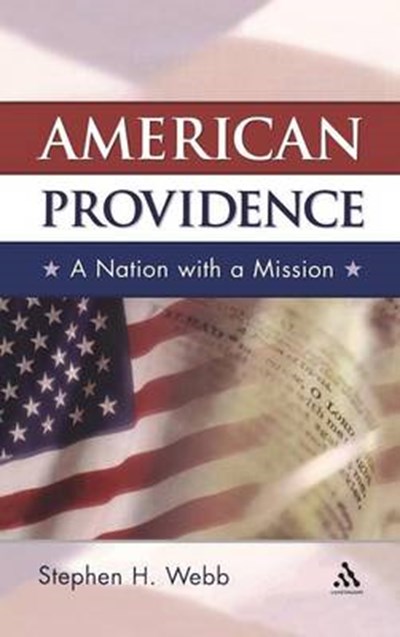 A Nation with a Mission

QTY
Add to Basket
Publisher: Bloomsbury Publishing PLC
ISBN: 9780826416230
Number of Pages: 208
Published: 01/02/2005
Description Author Information Reviews
The relationship between America and Christianity has never been so hotly contested as it is today. September 11, 2001 and the war on terror have had an almost schismatic impact on the Church. American Christians have been forced to ask the really hard questions about faith and politics. While some Christians would rather not ask these questions at all, they are unavoidable for a religion that seeks to speak to the whole world, with the expectation of nothing less than global transformation. Like it or not, Christians have to take a stand on the issue of America's alleged imperialism, not only because America is largely a product of the Christian imagination but also because the converse is true - the growth of Christianity worldwide is largely shaped by American values and ideals. American Providence makes the case that American Christianity is not an oxymoron. It also makes the case for a robust doctrine of providence - a doctrine that has been frequently neglected by American theologians due to their reluctance to claim any special status for the United States. Webb goes right to the heart of this reluctance, by defending the idea that American foreign policy should be seen as a vehicle of God's design for history.

Stephen H. Webb is Professor of Religion and Philosophy at Wabash College, Crawfordsville, Indiana. He is the author of seven books, including The Divine Voice, Good Eating, On God and Dogs and The Gifting God.

"Webb nicely shows that, however much they try to distance themselves from the doctrine of Providence, theologians and politicians cannot avoid the providential task of reading the signs of the times... American Providence is based upon a number of insights concerning the relationship Christianity, American democracy, and globalism...Webb makes a persuasive case against both the prevailing secular ethos, which continues to embrace the untenable anthropology of Enlightenment liberalism, and a Christian ecclesiocentrism, which moves God from the global, historical stage to the splendid isolation of the Church's internally focused story and practice....Webb is correct that we must read the signs of the times....I will recommend his book not only because it reveals how essential the doctrine of Providence is for public life today, but because it offers an example of the dangerous corruptions to which it is always prone." - Political Theology--Sanford Lakoff "Political Theology "