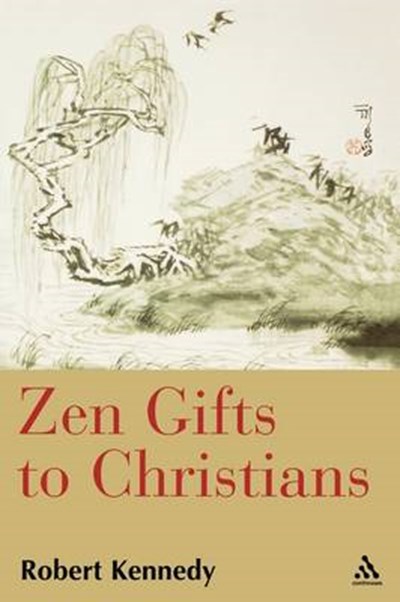 QTY
Add to Basket
Publisher: Bloomsbury Publishing PLC
ISBN: 9780826416544
Number of Pages: 144
Published: 01/10/2004
Description Author Information Reviews
Robert Kennedy is one of three Jesuits in the world who answer to both the title 'Father' and 'Roshi', or venerable Zen teacher. In 1991, after ten years of practising Zen meditation, he was installed as a Zen teacher at the recommendation of his teacher, Glassman Roshi, and of Glassman Roshi's teacher, Maezumi Roshi. Today, he directs a dozen groups of people from many religious persuasions - even atheists and agnostics - who sit weekly in Zen meditation throughout the greater New York metropolitan area. This book is specifically addressed to the Christian practitioners of Zen meditation or those who are curious about it. It is structured around the ten well-known ox-herding pictures that have been a consistent source of inspiration to Zen students for centuries. Each picture represents a specific Zen insight into life, and these insights, says Kennedy, are not only fully compatible with Christianity but can help Christians achieve the spiritual goals enshrined in a Christian classic. For example, The Cloud of Unknowing: to be silent and attentive, to be wholly present to life, to be able to separate one's true self from one's false self, the self-seeking part of the personality that so often brings one pain.

Robert J. Kennedy, S.J., teaches theology at St. Peter's College, is a psychotherapist in private practice, and conducts Zen retreats at various centres in the United States and Mexico. He is the author of Zen Spirit/Christian Spirit.

"Has much to offer those seeking a deeper awareness of God's presence rich fare. In these days when we can be helped so much in our spirituality from other religious traditions, this book is highly recommended." Fr. Patrick, Monos, 2001