Reform, Resentment, and the Holocaust 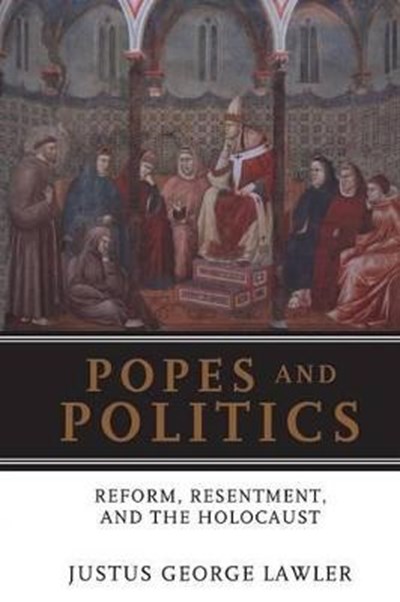 Reform, Resentment, and the Holocaust

QTY
Add to Basket
Publisher: Bloomsbury Publishing PLC
ISBN: 9780826416575
Number of Pages: 256
Published: 01/10/2004
Description Author Information Reviews
In the last three decades, many books have been published on the role of the Vatican in the modern world. Popes and Politics shows that many recent authors, whether devoted or antagonistic to the papacy, have been guilty of factual distortions and biased interpretations that lead to a flawed picture of the Church and its relation to contemporary society. Among the authors analyzed are James Carroll, John Cornwell, Margherita Marchione, Ralph McInerny, Michael Phayer, Garry Willas and Susan Zuccotti. Lawler cites 'chapter and verse' to illustrate that many of these critics are doing to the church what the Church historically did to the Jews - methodically scapegoating an imaginary enemy.

"This is vintage Lawler....certain to be recognized as both controversial and worthy of the widest dissemination." Charles E. Curran, author of Faithful Dissent "What is not debatable is that this book will be of importance to everyone concerned with the future of institutional religion." Margaret A. Farley, author of Personal Commitments "A book that informs, fascinates, and enriches. Lawler is a scholar who is so erudite and so balanced in all his research that he stands above and apart from any attempt at labeling him either a 'conservative' or a 'liberal.'" John F. Morley, author of Vatican Diplomacy and the Jews during the Holocaust "Lawler embodies the Catholic reformation that perpetually renews and reminds the Church of its vocation. What makes his deeply engaging and well-crafted argument intensely interesting is his framing of contemporary issues in their historical and cultural context." Jacob Neusner, author of Judaism and Christianity in the Age of Constantine "A must read for those who want to get beyond much widespread misinformation and into the heart of the issues." Francis Schussler Fiorenza, author of Foundational Theology "A brilliantly argued book, which requires several readings to grasp its balanced content. Recent years have witnessed numerous books on papal topics, which Lawler here critiques with scholarship and passion. The text is artistically written. Recommended for all academic collections." Choice "Lawler has written a very good book attacked today's most famous Catholic lefties for vitriolic bias and shoddy scholarship. One need not share all, or indeed any, of Lawler's reform agenda to admire the intellectual vigor, unflinching honesty, and puckish wit of his assaults on Wills and his cohorts." National Review "Popes and Politics by educator and papal expert Justus George Lawler is a meticulous, scholarly accounting that responds to many previously published works about the Vatican and the papacy. A brilliant, intense, and persuasiv