What is and What Ought to be

The Dialectic of Experience, Theology and Church 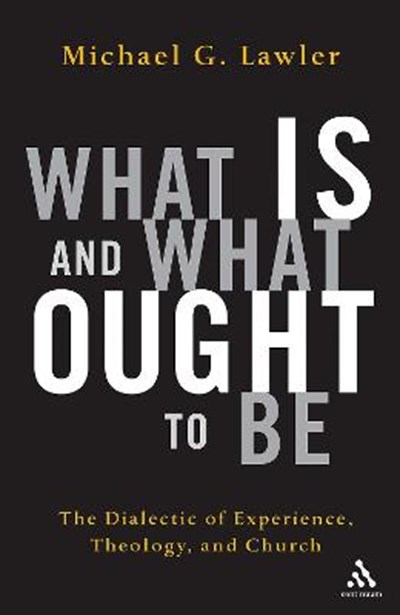 What is and What Ought to be

The Dialectic of Experience, Theology and Church

QTY
Add to Basket
Publisher: Bloomsbury Publishing PLC
ISBN: 9780826417046
Number of Pages: 224
Published: 01/06/2005
Width: 15.6 cm
Height: 23.4 cm
Description Author Information Reviews
The genesis of this book was sown in 1961 in a seminar on theological method under the guidance of Bernard Lonergan. Lonergan was convinced that something new was happening in history, and that a living theology required a new theological approach. In this book, Michael Lawler is concerned with three characteristics of this new approach: that theology must be historical, empirical, and in interdisciplinary collaboration with the social sciences. The book thus explores the relationship between practical theology (which is concerned with the church as it is and as it ought to be) and sociology, and specifically the theological realities of sensus fidei and reception. The exploration is concretized by a consideration of the sociological data and theology of two Catholic moral doctrines: artificial contraception and divorce and remarriage without prior annulment. In addition to being a useful primer on the relationship between theology and sociology (both theoretical and empirical), the book provides a wonderfully clear description of the sea-changes that have occurred in Roman Catholic theology worldwide over the past 70 or so years. Among those elements are the turn to the subject; the sociology of knowledge; the distinctions between uncreated and created grace and between original and dependent revelation; a complex, non-fundamentalist understanding of Sacred Scripture; the preferential option for the poor; the notion of the church as communion rather than hierarchy; and, finally, the necessity for church teaching to be "received," accepted, by the whole church. If a Catholic Rip Van Winkle had fallen asleep 40 or 50 years ago, he would read this book, upon opening his eyes, with amazement.

Michael G. Lawler is the Amelia and Emil Graff Professor of Catholic Theological Studies and Director of the Center for Marriage and Family Life at Creighton University. He is the author of 19 books and 120 articles. His most noted book is Symbol and Sacrament: A Contemporary Sacramental Theology. His most recent book, Marriage and the Catholic Church: Disputed Questions.

Michael Lawler has written a sprawling, ambitious book that comes in under 200 pages, a feat for which he should be praised, and an example which ought to be followed by other scholars Because the issues he raises are so vital to almost any theologian working today, the book should be required reading this is a very, very important book, which raises a real issue. This text, along with Terry Tilley s Inventing Catholic Tradition, begin to outline a trajectory forward for those of us younger Catholics who find ourselves desiring more tradition than some post-Vatican II theology gives, and yet who find the idea of unchanging and authoritarian tradition completely in-credible in today s church and world. Catholic Books Review, 2005--Catholic Books Review