Homoerotic Narrative in the Literature of Ancient Israel 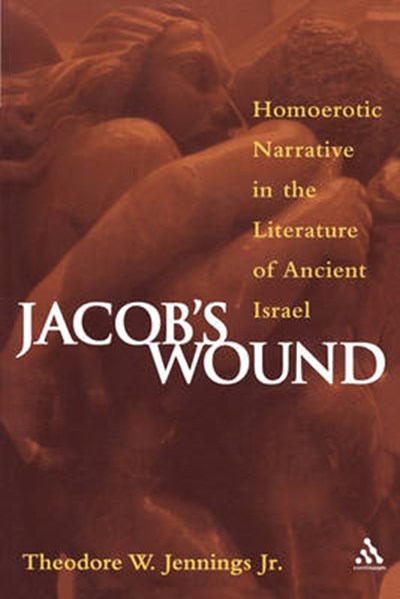 Homoerotic Narrative in the Literature of Ancient Israel

QTY
Add to Basket
Publisher: Bloomsbury Publishing PLC
ISBN: 9780826417121
Number of Pages: 306
Published: 01/08/2005
Width: 15.2 cm
Height: 22.9 cm
Description Author Information Reviews
The very suggestion that there may be homoeroticism in Hebrew narrative may seem odd given the supposition that the religion and culture of ancient Israel resolutely opposed same sex erotic relationships. The apparent prohibition of homosexuality in Leviticus and the story of Sodom from Genesis have been made to speak for the whole Hebrew Bible. The oddity of this situation has not been lost on some interpreters who have recognized that the story of Sodom tells us no more about attitudes toward what we call homosexuality than the story of the rape of Dina tells us about attitudes toward heterosexuality. Prof. Jennings says that the well-known eroticism of the Hebrew Bible is not confined to heterosexuality but also includes an astonishing diversity of material that lends itself to homoerotic interpretation. In Part one, Jennings examines saga materials associated with David. It is no innovation to detect in the David and JonathanGCOs relationship at least the outline of a remarkable love story between two men. What becomes clear, however, is that the tale is far more complex than this since it involves Saul and is set within a context of a warrior society that takes for granted that male heroes will be accompanied by younger or lower status males.

Theodore W Jennings, Jr is Professor of Biblical and Constructive Theology at the Chicago Theological Seminary and the author of the bestselling Introduction to Theology, The Insurrection of the Crucified and The Man Jesus Loved: Homoerotic Narratives from the New Testament

"Jacob's Wound remains one of the most stimulating and provocative books on the Hebrew Bible to appear in recent years. I will use it next time I teach on the Bible and homosexuality, and the class discussion it will provoke will be impassioned and productive." - Stephen D. Moore, The Theological School, Drew University, USA; The Journal of the History of Sexuality, September 2008--Sanford Lakoff