A Feminist Approach to Religious Pluralism 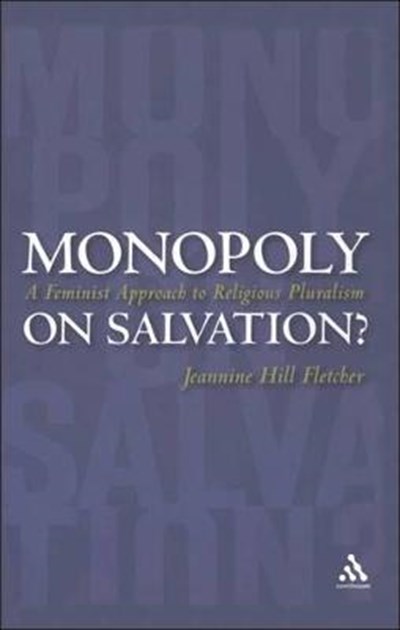 A Feminist Approach to Religious Pluralism

QTY
Add to Basket
Publisher: Bloomsbury Publishing PLC
ISBN: 9780826417237
Number of Pages: 168
Published: 01/06/2005
Width: 13.8 cm
Height: 21.6 cm
Description Author Information Reviews
In a world where religion often fuels ethnic and racial conflicts, and where passionate allegiance to rival creeds engenders violent antagonism among members of the same family, dwellers in the same neighborhood, citizens of the same country, no one can doubt the need to rethink the universalist claims of temple, church, and mosque. For the past few decades, Christian theology tended to regard religious difference as a "problem" to be overcome. More recently there has been an effort, however tentative, to view the different religious traditions as rich legacies to be shared by the entire human community. Monoply on Salvation? re-examines missionary history to provide examples of how Christians have engaged across religious boundaries in the past - among them, Paul's letters, the Acts of Thomas, the colonial encounters of Christopher Columbus and Bartolome de las Casas, the missionary engagements of Francis Xavier, Roberto DeNobili, and Matteo Riccl, and modern missions in Africa and India. These representative accounts are seen not only through Christian eyes but also from the perspective of people of other faiths. All this provides the theoretical foundation for a Christian partnership in coequal religious dialogue. But practical resources, as the author shows, are necessary to effectively structure the conversation. A feminist analysis of human identity as multifaceted and intrinsically hybrid provides the insights for engaging across different religious visions without erasing distinctiveness. The culmination of the book is a theology modeled on the life, practice, and witness of Jesus of Nazareth that is open to the many patterns of diverse religions as gifts to humankind.

Jeannine Hill Fletcher, a member of the Department of Theology at Fordham University, received her doctorate from Harvard University. She has contributed to the Journal of Feminist Studies in Religion and Spiritual: A Journal of Christian Spirituality.

"The primary contribution of this work is its de-centering of absoluteness, whether one absolute Christian or one absolute theology. In a world that needs a strong witness of cooperation across faith communities in their deeds and their words, Fletcher's approach offers hope." -Dorcas Gordon, Toronto Journal of Theology, Winter 2007--Sanford Lakoff