An Introduction to the Work of Eugen Drewermann 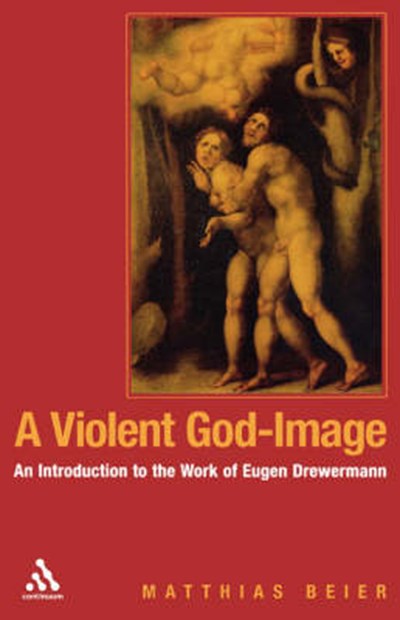 An Introduction to the Work of Eugen Drewermann

QTY
Add to Basket
Publisher: Bloomsbury Publishing PLC
ISBN: 9780826418357
Number of Pages: 400
Published: 01/04/2006
Width: 13.8 cm
Height: 21.6 cm
Description Author Information Reviews
At the heart of Drewermann's non-violent interpretation of key Christian beliefs is his analysis of a violent image of God that characterizes traditional interpretations of sin and the cross. It is this God-image, opposed to human desires and self-realization, that sanctified the killings of millions of peoples in wars declared to be "just" and legitimated the violent exploitation of non-human nature and the aggressive economic exploitation of non-Christian cultures. The sheer enormity of Drewermann's principal books has thwarted publication of his works in English translation to date. His empathic critique of the clerical mentality, ideology, and culture ("The Cleric"), based on his psychotherapeutic work with clergy, led to his being silenced by Roman Catholic authorities in 1991 and suspended from the priesthood in 1992.

Matthias Beier is coordinator of the Doctor of Ministry Program in Pastoral Care and Counselling at Drew Theological School and has a private psychoanalytic practice in New York City. He teaches at both Drew and Fordham universities.

"'We owe the author of this book...a vote of thanks for his illuminating introduction to the life and work of this provocative thinker... This compounding of psychoanalysis and religious doctrine is as extensive and convincing as any I have encountered and makes a powerful impression... The result is a profoundly more human cast to otherwise abstract theological propositions - a consummation much to be desired...Drewermann's approach is almost revolutionary in its aperture to new and refreshing vistas in thinking about basic theological issues' W.W.Meissner, S.J., M.D. in Horizons 'This first full-length volume in English on the thought of Eugen Drewermann is a welcome and long-overdue introduction to the groundbreaking work of the most prolific theological writer in the German language over the past twenty years. Eugen Drewermann's work is of special interest to biblical scholars as the first comprehensive application in the twentieth century of psychoanalytic insight (in some instances also of biology, psychics, and cosmology) to a wide range of biblical texts, as well as to the fields of moral theology and ecclesiology....Beier has provided for the first time access in English to the texts and ideas that this remarkable theologian has produced over the last thirty years and has initiated us into Drewermann's dexterous use of Freud, Jung, Adler, Szondi, Schultz-Hencke, and a range of theologians, existential philosophers, and scientists in interpreting political and ecclesiastical events of our time and the historical, mythic, and psychological dimensions of the Bible.' Wayne G. Rollins in RBL"