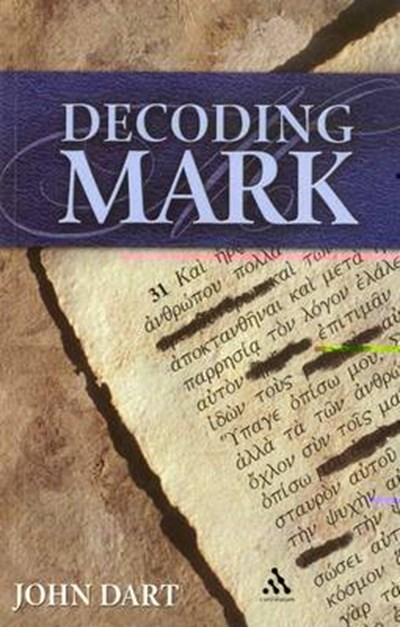 QTY
Add to Basket
Publisher: Bloomsbury Publishing PLC
ISBN: 9780826418531
Number of Pages: 224
Published: 01/04/2006
Description Author Information Reviews
Using both his background in interpreting biblical research and his interest in word-puzzles, nationally known journalist John Dart "decodes" the "Gospel of Mark", with explosive results that will shake the foundation of New Testament studies. Dart uses ancient, puzzle-like writing devices called "chiasms," which are found throughout "Mark", to reconstruct the original Gospel. By the presence or absence of these chiasms, he identifies sections of the Gospel that were added by a later editor, and he recovers passages from the "Secret Gospel of Mark" (a work discovered in 1958) that the pattern of chiasms indicates had been deleted from canonical "Mark". The results are stunning and certain to be controversial.

Nationally known journalist John Dart, news editor of Christian Century magazine and a religion writer at the Los Angeles Times for 30 years, has written extensively about New Testament research. His books include The Laughing Savior: The Discovery and Significance of the Nag Hammadi Gnostic Library; The Gospel of Thomas: Unearthing the Lost Words of Jesus, and Deities & Deadlines. Dart has won numerous reporting awards.