The Essence of the Christian Faith and Its Future among Religions 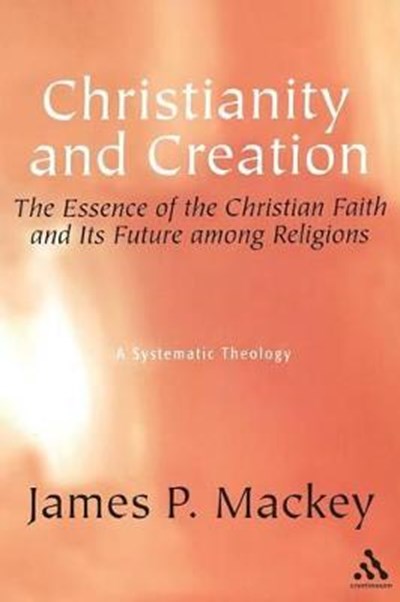 The Essence of the Christian Faith and Its Future among Religions

QTY
Add to Basket
Publisher: Bloomsbury Publishing PLC
ISBN: 9780826419071
Number of Pages: 424
Published: 01/01/2007
Description Author Information Reviews
James Mackey has written a bold one-volume systematic theology in eight chapters on creation, fall, salvation, God, creed, code, cult and church constitution. It is fashioned out of material from two sources: the major theological movements of the 20th century, which in haphazard, start-stop fashion sought to construct a theology of some of these themes in the light of contemporary cultural categories of thought and imagery, and a thorough reading of the Bible as innocent as possible of the influence of theologies borrowed from Platonism. The first source yields the conclusion that nature and history provide the dominant sources of divine revelation, thus eliding the crass distinctions between nature and super-nature, reason and faith. The second confirms the notion that from the opening of Genesis to the teaching of Jesus, the Bible, when read on its own terms, proclaims a creation faith: the central idea being that grace and revelation are to be found in the eternal activity of the loving creator God ever evident in evolving creation. Finding the essence of Christianity in the lived creation faith of Jesus the Jew, Mackey goes on to shows what the Christian religion has lost or corrupted on the way, what corrections and advances need to be made in all the Christian churches, and what future the Christian faith can plot for itself in a world characterized by an increasing secular culture, by a growing interest in spirtualities without the trappings of religion, and by ever-closer encounters between all the religions of the human race. The fact that Christian faith is fundamentally a creation faith offers common ground for a dialogue of human equals between Christians and members of other religions or of none.

James P. Mackey holds doctorates in both philosophy and theology. Among his ten books are The Problems of Religious Faith, Jesus the Man and the Myth, An Introduction to Celtic Christianity, The Critique of Theological Reason, and Power and Christian Ethics.

"'For too long it has been felt that theology and religion itself has been a dry, barren desert. James Mackey has returned to the source (the Bible) and revealed a rain forest. Many churches, and particularly the Roman part of the Catholic church, will hate and fear this book. But its scholarship and insights will water the souls and minds of many people. It will also guide a healthy and life-giving religious debate.' Dr. Denis Bradley, vice-chair, Northern Ireland Policing Board 'In this brilliant, new book, written with inspirational vision and no academic paraphernalia, but relying simply on the Bible and the Christian creeds, James Mackey presents God's grace and truth in the natural history of the only world we know to exist, reinterpreting creation, fall, salvation, revelation, faith and grace in a sweeping theology of creation.' John Bowden, editor of Christianity: The Complete Guide"