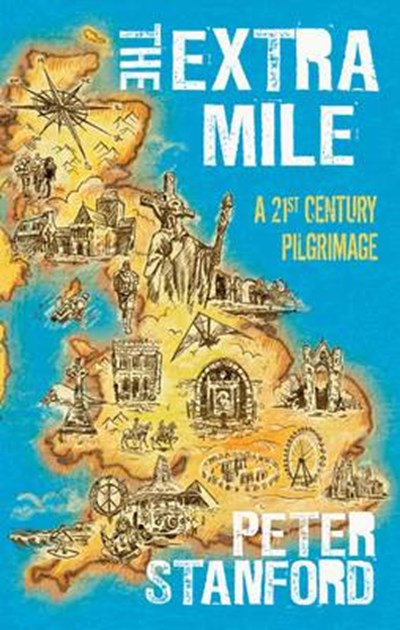 Publisher: Bloomsbury Publishing PLC
ISBN: 9780826434043
Number of Pages: 224
Published: 01/03/2010
Width: 13.8 cm
Height: 21.6 cm
Description Author Information Reviews
Peter Stanford makes a modern-day pilgrimage around some of the most ancient religious sites in Britain, to take the spiritual temperature of an age often described as secular and sceptical. Do the present-day pilgrims he meets en route go simply in search of history, or does their journey have another significance rooted in the unholy times in which we live now? Are their numbers growing as more conventional church-going declines? "The Extra Mile" is the evocative, sometimes humorous, sometimes challenging story of one individual's pilgrimage in search of faith in Britain today. As he walks between Neolithic stones, ruined abbeys and miracle wells, Stanford explores the link between past and present belief and reflects on the spiritual state we are in.

Peter Stanford is a writer, journalist and broadcaster. A former editor of the Catholic Herald, his books include Heaven: A Traveller's Guide to the Undiscovered Country; The Devil: A Biography, and the polemical Catholics and Sex which became an award-winning TV series. He has written biographies of Bronwen Astor, Lord Longford, Cardinal Basil Hume and the acclaimed C Day-Lewis: A Life (Continuum, 2007). The She Pope, his historical investigation of the Pope Joan legend, was televised. He contributed to and edited Why I am still a Catholic (Continuum, 2004). His books are available worldwide in nine foreign language editions. He writes and reviews regularly on religion and other subjects in the Independent, Independent on Sunday, The Daily Telegraph, Observer and Daily Mail and is a columnist in The Tablet. He is a panellist and occasional presenter on BBC TV and radio. He is chair of the national spinal injuries charity, Aspire, and director of the Longford Trust. He lives in London and Norfolk.

'This excellent little book from journalist Peter Stanford has him travelling around the country on a modern day pilgrimage. He is always an entertaining an informative writer and this is one of his best works... An essential and thought provoking book.' --Sanford Lakoff