Sharing in the Inheritance

Identity and the Moral Life in Colossians 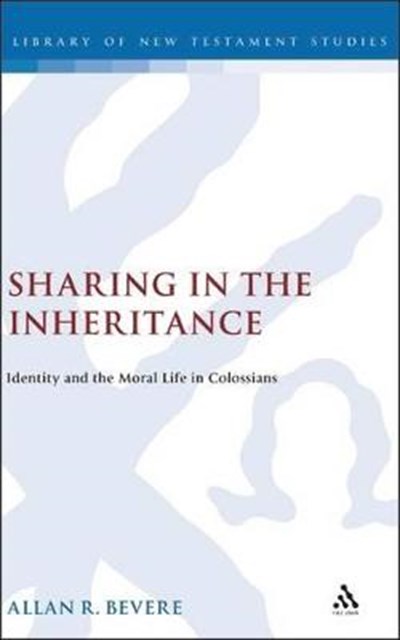 Sharing in the Inheritance

Identity and the Moral Life in Colossians

QTY
Add to Basket
Publisher: Bloomsbury Publishing PLC
ISBN: 9780826462077
Number of Pages: 306
Published: 01/03/2003
Width: 15.6 cm
Height: 23.4 cm
Description Author Information Reviews
The argument of this book is two-fold: the target of the argument of Colossians is a Judaism dismissive of the Gentile Colossian Christians and the recognition of that fact casts new light on the moral material of the letter and its integration into the argument of the epistle as a whole.Several arguments are made in support of these claims. Significant parallels between Colossians and Galatians suggest similar concerns in both letters relating to Israel's identity as the people of God and how that relates to the Gentile believers are to live. The writers of Colossians, while sharing a similar Jewish perspective with the Colossian philosophers on the relationship between identity and way of life, admonish the Gentile Christians to live in a way consistent with who they are. Nevertheless Paul and Timothy differ with the philosophers as to what constitutes the identity of the Colossian Gentiles as the people of God. In addition to the parallels drawn further themes are present in Colossians which strongly suggest the Jewish character of the philosophy: wisdom, election, and death of Christ as the final return from exile. The apocalyptic background of 3.1 -6, the Jewish moral concerns of the ethical lists (3.5-17), and the christological orientation of the Haustafel, bolster the claim that the target of Colossians is Jewish in character and the moral material is integral to the argument.