A Study in Form and Message 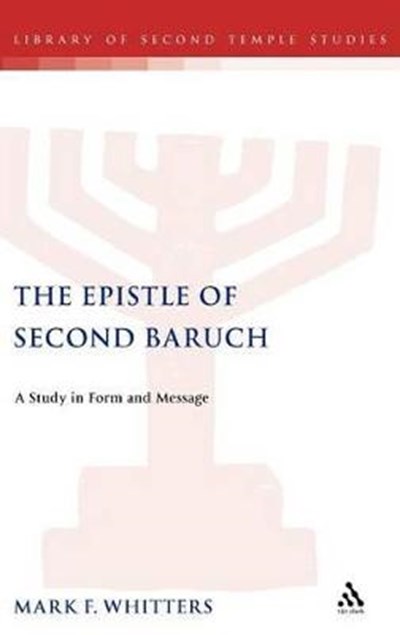 A Study in Form and Message

QTY
Add to Basket
Publisher: Bloomsbury Publishing PLC
ISBN: 9780826462169
Number of Pages: 212
Published: 01/05/2003
Width: 15.6 cm
Height: 23.4 cm
Description Author Information Reviews
2 Baruch is one of the more important apocalyptic writings among the Jewish Pseudepigrapha (written at the end of the 1st century AD and so contemporary with the New Testament). The Epistle is a message to the Jews of the Dispersion. Whitters is arguing that the document was once an authoritative text for a specific community, and gives us clues about the important era between the two Jewish wars of 70 and 132 AD, when Judaism was assuming radical new forms. This Epistle tells Diapora Jews how to live in a world without the Jerusalem Temple.

Mark Whitters is Lecturer in the History and Philosophy at Eastern Michigan University and an instructor in the Department of Classics, Greek, and Latin at Wayne State University, Michigan.

"In the present renaissance of pseudepigrapha study, the 'epistle' of the Syriac Apocalypse of Baruch (2 Baruch 78-87) seems to have been overlooked. This study is one of the first major attempts to address this important writing. The years following the fall of Jerusalem in 70 were traumatic ones in which various movements for religious reconstruction were pressing their visions for the future. The one that won out was the rabbinic model, but there were others. The Epistle of Second Baruch was unusual in reaching out to gentiles. Its proposal for leadership of the community was based on the Law but differed fundamentally from the rabbinic in its apocalyptic outlook. Whitters examines the Epistle in the light of epistolary models of letter-writing at the time, and in its literary and historical context, to provide new insights into this pivotal period in Jewish history." Professor Lester Grabbe