My Struggle for Freedom 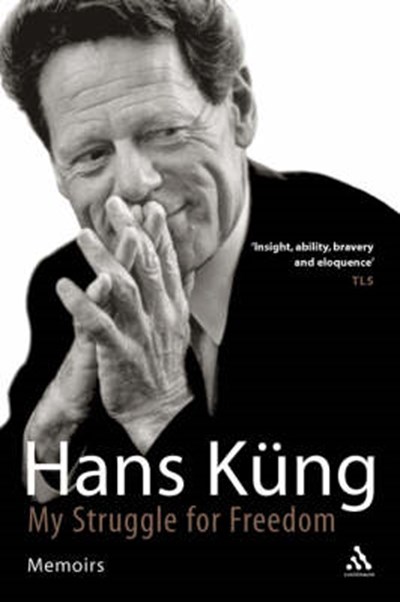 My Struggle for Freedom

QTY
Add to Basket
Publisher: Bloomsbury Publishing PLC
ISBN: 9780826476388
Number of Pages: 496
Published: 01/11/2004
Width: 15.6 cm
Height: 23.4 cm
Description Author Information Reviews
Hans Kung is undoubtedly one of the most important theologians of our time, but he has always been a controversial figure, and as the result of a much-publicized clash over papal infallibility had his permission to teach revoked by the Vatican. Yet at seventy-five he is also something like a senior statesman, one of the 'Group of Eminent Persons' convened by the UN Secretary-General Kofi Annan, and a friend of heads of government like Tony Blair and President Mubarak of Egypt. In this fascinating autobiography he gives a frank and outspoken account of the first four decades of his life. He tells of his youth in Switzerland and his decision to become a priest; his doubts and struggles as he studied in Rome and Paris, and his experiences as a professor in Tubingen, where he received a chair at the amazingly early age of thirty-one. Most importantly, as one of the last surviving eye-witnesses he gives an authentic account of the struggles behind the scenes at the Second Vatican Council, in which he took part as a theological expert.Here it becomes clear just how major an influence he was, to the point of shaping the Council's agenda and drafting speeches for bishops to deliver in plenary sessions. With its rich thought and vivid narrative, Kung's book paints a moving picture of his personal convictions, and his struggle for a Christianity characterized not by the domination of an official church but by Jesus.

Hans Kung is Emeritus Professor of Ecumenical Theology in the University of Tubingen and President of the Global Ethic Foundation. He is the author of a number of international best-sellers such as On Being a Christian (HarperCollins).

"'It is to be hoped that when a Third Vatican Council starts work it will be stimulated by prophets with insight, ability, bravery and eloquence of Hans Kung, perhaps with this book in their hands. The only alternative is the fate of the dinosaurs.' Times Literary Supplement; 'This is a splendid book, full of marvellous pen-portraits, stories, and bold judgements, not least on the Popes themselves. It is also packed with theological insights, as Kung constantly demonstrates precisely why he has to disagree with officialdom.' Church Times; 'This book is an enormously informative and provocative reflection on the first 40 years of Kung's life. Its style is colloquial and readily accessible to non-theologians.' The Irish Times; 'refreshingly provocative and stimulating.' Irish News (Belfast)"