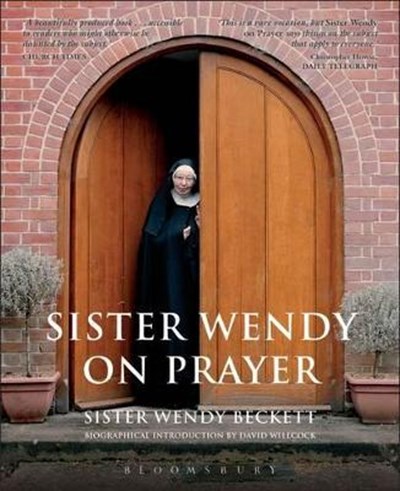 eBook FAQ
Add to Basket
Publisher: Bloomsbury Publishing PLC
ISBN: 9780826483898
Number of Pages: 184
Published: 13/09/2007
Width: 17.5 cm
Height: 21.5 cm
Description Author Information Reviews
Sister Wendy, who has been dedicated to a life of prayer for more than half a century, has always resisted writing a book on the subject. Her reasons mix humility with a conviction that prayer is simple: books about prayer can be a dangerous distraction. Yet, when she does speak about prayer, often in response to the questions of ordinary people, she does so with an eloquence that speaks directly to her hearers in ways that make practical sense. Now, in her older age, Sister Wendy is willing to set down some of what she has learnt over a lifetime in a series of meditations. The format of the book is deliberately non-linear: where prayer is concerned, Sister Wendy says, it is simply a matter of trying to turn to God as honestly as the person you are in the circumstances you find yourself in. Her co-author, David Willcock, who has worked with Sister Wendy for many years producing her television programmes, adds to her text a biographical sketch about being a nun and at the same time one of the art world's most acute and revered commentators and a TV personality. Illustrating this unique book are a dozen pieces of artwork: no book by Sister Wendy would be complete without this dimension.

Sister Wendy became a nun at the age of 16, went on to live for nearly 20 years as a hermit, and then was exposed to the world in a successful television career as the 'art nun'. She is the author of over 20 books with art as the main theme. She continues to live a largely cloistered life, devoted to prayer.

"'While the idea is simple it is by no means simplistic. Her point is that people with little time for prayer can nevertheless be prayerful, and for people who live busy lives, that is very reassuring to hear.' Elena Curti, The Tablet 'a beautifully produced book, laid out in a way that makes the content accessible to readers who might otherwise be daunted by the subject.' Revd Peter McGeary, Church Times"