The Concept of the Personality of God 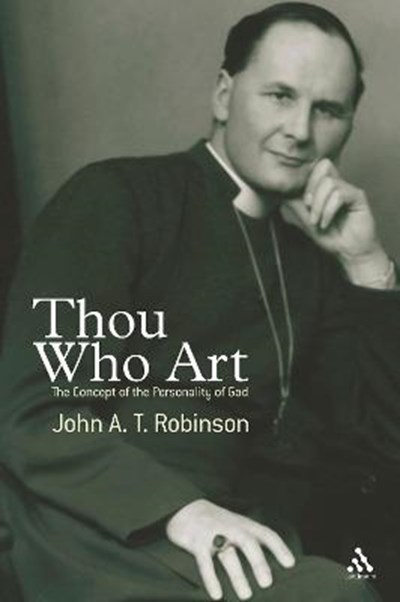 The Concept of the Personality of God

QTY
Add to Basket
Publisher: Bloomsbury Publishing PLC
ISBN: 9780826488978
Number of Pages: 384
Published: 15/01/2006
Width: 15.6 cm
Height: 23.4 cm
Description Author Information Reviews
The late Bishop John A T Robinson wrote this book early on in his life but it was never published. This book is considered to be of such scholarly importance and so key to an understanding of Robinson's theology that it is now published in full. In 1960, Eric Mascall the Oxford Theologian published a book called "He Who Is", a neo-Thomist approach to the existence of God. This ran against all that Robinson believed most deeply about belief in God - influenced as he was by the new wave of German theologians. Bultmann, Buber but above all Dietrich Bonhoeffer. This book was his response to Mascall and hence the title. This book is about the notion of personality and it's relation to Christian theology, with particular reference to the contemporary "I-Thou Philosophy" of Martin Buber and it's relation to the doctrine of "The Trinity" and "The Person of Christ." This book was unquestionably the foundation of John A T Robinson theological work. Barth, Brunner, Berdayev, Kierkegaard, Heim and Mc Murray all had an influence on this book (as the reader will quickly observe). But at the heart of Robinson's thinking was Buber's small but seminal volume "I and Thou". More than anyone else, Robinson integrated the insights of Buber philosophy with the biblical doctrines of God and man. It was in this way that Robinson in this book explored both the history and implications of this tradition of thought of how one could speak of personality in God rather than God as a person. In this book Robinson began to work as a theologian as he meant to go on: questioning accepted doctrine, stripping away, getting to the heart, re-interpreting. He was in Karl Barth's great phrase taking rational trouble over the mystery.

John A. T. Robinson was one of the most celebrated British theologians of the 20th Century. After an academic career in Cambridge he was appointed Bishop of Woolwich, in London. He eventually returned to Cambridge as Dean of Trinity College.

(T)he book continues to have interest for researchers exploring the theology of the past century, and not least the thought of Robinson himself. Its author, John Robinson, ....later publish[ed] Honest to God, the most widely read and discussed work of English theology in the 20th Century. Canon Macquarrie, Church Times--Sanford Lakoff "Church Times "