Why I Am Still a Catholic

Essays in Faith and Perseverance 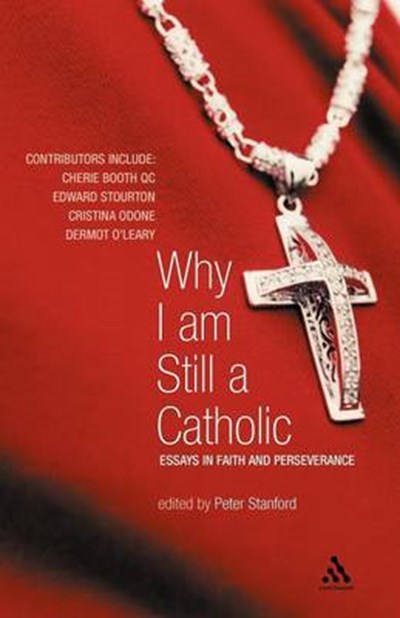 Why I Am Still a Catholic

Essays in Faith and Perseverance

eBook FAQ
Add to Basket
Publisher: Bloomsbury Publishing PLC
ISBN: 9780826491459
Number of Pages: 154
Published: 23/05/2006
Width: 13.8 cm
Height: 21.6 cm
Description Author Information Reviews
What does it mean to be a Catholic in today's world? What distinguishes the modern Catholic from anyone else? At a time when the Vatican provokes hostility by its opposition to contraception, abortion and the use of condoms in fighting AIDS, how many Catholics share its views? And if they don't, how can they in good conscience stay in the Church? These are among the many questions that writer and broadcaster Peter Stanford has addressed to some of Britain's best-known Catholics. There is a whole spectrum of response in this entertaining and enlightening collection. 'Fascinating...a surprisingly uplifting book.' Sunday Telegraph 'A hard-hitting book which criticises as much as it praises...it should be read by anyone interested in the phenomenon of organised religion.' Spectator

Peter Stanford is a writer, journalist and broadcaster. Books include Heaven: A Traveller's Guide to the Undiscovered Country (HarperCollins 2002), The Devil (Heinemann 1996), and the polemical Catholics and Sex which became an award-winning four-part Channel 4 series in 1992.

"'This is a hard-hitting book which criticises as much as it praises...it should be read by anyone interested in the phenomenon of organised religion' - Lady Antonia Fraser The Spectator 'Fascinating...a surprisingly uplifting book' Damian Thompson in the Sunday Telegraph 'This book is really rather edifying' Melanie McDonagh The Tablet"