Paul and the Giants of Philosophy

Reading the Apostle in Greco-Roman Context 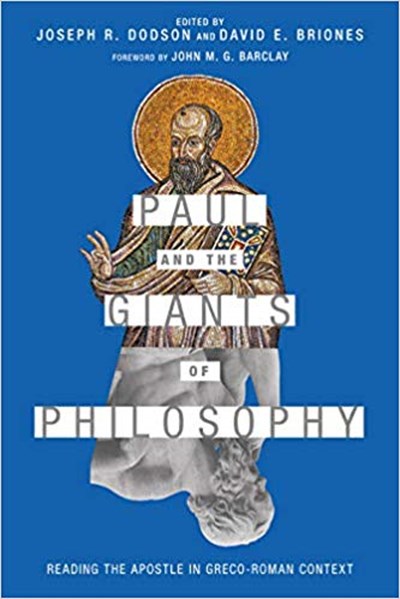 Paul and the Giants of Philosophy

Reading the Apostle in Greco-Roman Context

QTY
Add to Basket
Publisher: IVP Academic
ISBN: 9780830852284
Number of Pages: 200
Published: 15/10/2019
Description Author Information Reviews
What forces shaped the intellectual world of the apostle Paul? How familiar was he with the great philosophers of his age, and to what extent was he influenced by them? When he quoted Greco-Roman sources, what was his aim? Pauline scholars wrestle with such questions in journal articles and technical monographs, but now Paul and the Giants of Philosophy brings the conversation into the college classroom and the church. Each essay addresses Paul's interaction with Greco-Roman philosophical thinking on a particular topic, such as faith, slavery, gift-giving, and the afterlife. And each chapter includes discussion questions and reading lists to help readers engage the material further. Dodson and Briones have gathered contributors with diverse views from various traditions who are united in the desire to make Paul's engagement with ancient philosophy accessible to many readers