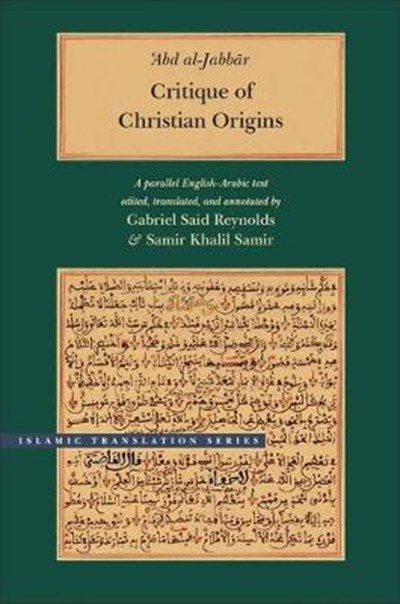 Publisher: Brigham Young University Press
ISBN: 9780842527156
Number of Pages: 249
Published: 15/05/2010
Width: 16.1 cm
Height: 23.6 cm
Description Author Information Reviews
In the "Critique of Christian Origins" Abd al-Jabbar - a leading Muslim intellectual of the late tenth century - develops what might be considered the first Islamic history of Christianity, analyzing the Bible, church rituals, and miracles. Unlike Muslim scholars before him, Abd al-Jabbar criticizes Christianity not only theologically but also on historical grounds. He argues that the schemes of secular and religious leaders led to the suppression of the Islamic religion of Jesus and the creation of Christianity in its place. "The Critique of Christian Origins" contains a wealth of information on the ideological contours of Abd al-Jabbar's time, including perspectives on Judaism, Zoroastrianism, Manichaeism, and several sects within Islam itself, in addition to Christianity. This edition, which includes a fully vocalized Arabic edition of the text and a complete English translation accompanied by detailed explanatory notes, a glossary, a bibliography, and three indexes, makes this important work readily accessible to students and specialists alike.

"The Islamic Translation Series... has established itself as one of the most valuable resources available to scholars of Islamic theology and Arab philosophy." - Bulletin of the Royal Institute for Inter-Faith Studies"