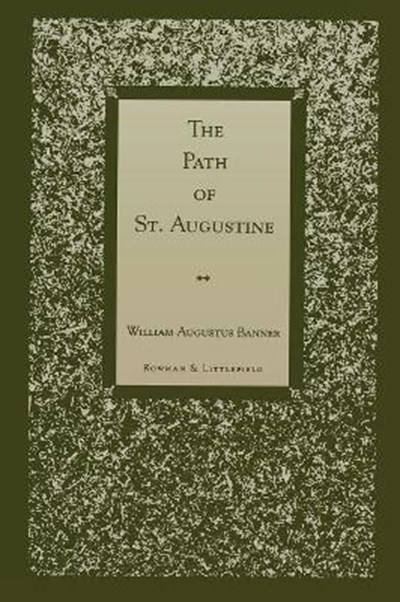 QTY
Add to Basket
Publisher: Rowman & Littlefield
ISBN: 9780847682928
Number of Pages: 122
Published: 15/08/1996
Width: 14.8 cm
Height: 22.8 cm
Description Author Information Reviews
The Path of Saint Augustine explains and defends St. Augustine's moral philosophy and examines his view of good and evil in human life. Avoiding the partisan debates on Augustinism, Banner gives his full attention to the examination of primary texts. He presents St. Augustine in the context of his own time and as relevant to today's debates on community and social responsibility. This important and insightful book will be of interest to theologians, philosophers, and political theorists.

Very useful. The collation and orderly presentation of the principles of Augustine's moral philosophy is something both needed and unavailable. A fine book, an impressive piece of work. -- Madeleine Pepin, Our Lady of the Lake University Professor Banner has given a lifetime to thoughtful and loving study of the great saint. Through this excellent book about the Augustinian 'journey of the mind,' we come to see afresh how St. Augustine is well named 'the Teacher of the West,' shaping the ongoing coherence of Western thought, with its dialectical history of freedom and its stupendous ontological optimism. -- Richard Hocking, Emory University These are not lessons about 'how to get ahead in the world,' but rather lessons about such things as 'being, truth, and goodness,' about 'justice and culture,' even about 'nature and grace.' Read Professor Banner's lucid and careful exposition of the lessons that were learned by St. Augustine as he followed his own life path, and then ask yourselves if these be not lessons that could be instructive to all of us today. -- Henry Veatch, Indiana University Banner's concise exposition of Augustine's moral philosophy takes in a surprisingly large range of topics: just war, slavery, the moral limits of coercive authority, freedom of the will, natural justice, the ideal of the philosophical life... elegantly presented and remarkably free of simplification. I recommend his book especially to teachers wanting to help their students situate Augustine in the history of philosophy. Ethics, April 1998 A fine piece of work. In a remarkably concise form, Banner has combined scholarship with philosophical insight to present St. Augustine's vision of the moral life. This is a notable achievement. -- John E. Smith, Yale University