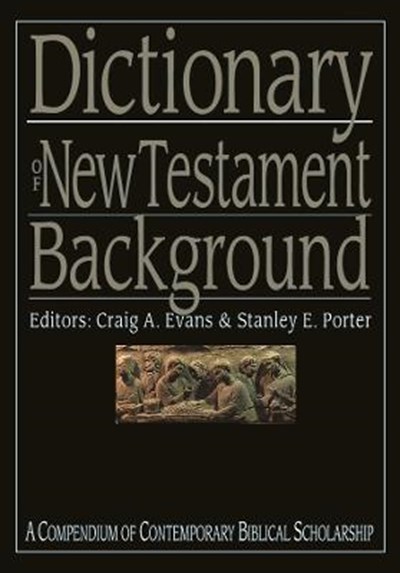 QTY
Add to Basket
Publisher: Inter-Varsity Press
ISBN: 9780851119809
Number of Pages: 1360
Published: 17/11/2000
Height: 23 cm
Description Author Information Reviews
The 'Dictionary of New Testament Background' joins the 'Dictionary of Jesus and the Gospels', the 'Dictionary of Paul and his Letters' and the 'Dictionary of the Later New Testament and its Developments' as the fourth in a landmark series of reference works on the Bible. In a time when our knowledge of the ancient Mediterranean world has grown, this volume sets out for readers the wealth of Jewish and Greco-Roman background that should inform our reading and understanding of the New Testament and early Christianity. 'The Dictionary of New Testament Background', takes full advantage of the flourishing study of the Dead Sea Scrolls and offers individual articles focused on the most important scrolls. In addition, the Dictionary encompasses the fullness of second-temple Jewish writings, whether pseudepigraphic, rabbinic, parables, proverbs, histories or inscriptions. Articles abound on aspects of Jewish life and thought, including family, purity, liturgy and messianism. The full scope of Greco-Roman culture is displayed in articles ranging across language and rhetoric, literacy and book benefactors, travel and trade, intellectual movements and ideas, and ancient geographical perspectives. No other reference work presents so much in one place for students of the New Testament. Here an entire library of scholarship is made available in summary form. The Dictionary of New Testament Background can stand alone, or work in concert with one or more of its companion volumes in the series. Written by acknowledged experts in their fields, this wealth of knowledge of the New Testament era is carefully aimed at the needs of contemporary students of the New Testament. In addition, its full bibliographies and cross-references to other volumes in the series will make it the first book to reach for in any investigation of the New Testament in its ancient setting.