Britain and Ireland from the Fifth to the Tenth Century 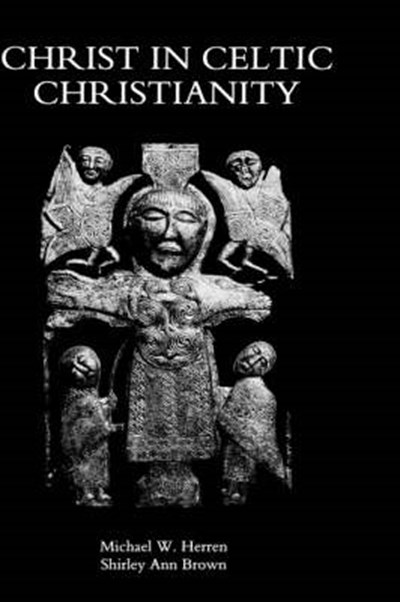 Britain and Ireland from the Fifth to the Tenth Century

Publisher: Boydell & Brewer Ltd
ISBN: 9780851158891
Number of Pages: 350
Published: 24/10/2002
Width: 15.6 cm
Height: 23.4 cm
Description Author Information Reviews
Christ in Celtic Christianity gives a new interpretation of the nature of Christianity in Celtic Britain and Ireland from the fifth to the tenth century. The written and visual evidence on which the authors base their argument includes images of Christ created in and for this milieu, taken from manuscripts, metalwork and sculpture and reproduced in this study. The authors challenge the received opinion that Celtic Christians were in unity with Rome in all matters except the method of Easter reckoning and the shape of the clerical tonsure. They find, on the contrary, that the strain of the Pelagian heresy which rooted itself in Britain in the early fifth century influenced the theology and practice of the Celtic monastic Churches on both sides of the Irish Sea for several hundred years, creating a theological spectrum quite distinct from that of continental establishments. MICHAEL W. HERREN is Professor of Classics and Distinguished Research Professor at York University (Toronto), a member of the Graduate Faculty at the Centre for Medieval Studies in the University of Toronto, and an Honorary Member of the Royal Irish Academy; SHIRLEY ANN BROWN is Professor of Art History and a member of the Faculty of Graduate Studies at York University.

Stimulating. EARLY MEDIEVAL EUROPE(The authors) have shed a great deal of light on many features of the early churches of Ireland and Britain. Their profound scholarship is manifested in countless ways. THE INNES REVIEWA fascinating picture of early Celtic Christianity (that) will be critical to subsequent scholarship. SPECULUMNuanced and very well researched...Overall this is an important book. CATHOLIC HISTORICAL REVIEWThis is an important book...There is much of great value in this study. JNL OF ECCLESIASTICAL HISTORY The writing is consistently engaging and renders the arcana of late-antique / early medieval religious thought eminently accessible and even compelling. CELTIC STUDIES ASSOCIATION NEWSLETTER