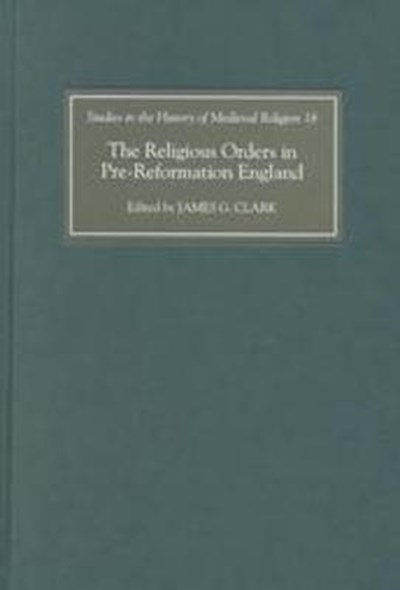 Publisher: Boydell & Brewer Ltd
ISBN: 9780851159003
Number of Pages: 262
Published: 28/11/2002
Width: 15.6 cm
Height: 23.4 cm
Description Author Information Reviews
It continues to be assumed in some quarters that England's monasteries and mendicant convents fell into a headlong decline - pursuing high living and low morals - long before Henry VIII set out to destroy them at the Dissolution.The essays in this book add to the growing body of scholarly enquiry which challenges this view. Drawing on some of the most recent research by British and American scholars, they offer a wide-ranging reassessment of the religiousorders on the eve of the Reformation. They consider not only the condition of their communities and the character of life within them, but also their wider contribution - spiritual, intellectual and economic - to English societyat large. What emerges is the impression that the years leading up to the Dissolution were neither as dark nor as difficult for the regular religious as many earlier histories have led us to believe. It was a period of institutional and religious reform, and, for the Benedictines at least, a period of marked intellectual revival. Many religious houses also continued to enjoy close relations with the lay communities living beyond their precinct walls. Whiletheir role in the devotions of many ordinary lay folk may have diminished, they still had a significant part to play in the local economy, in education and in a wide range of social and cultural activities. Contributors:JEREMY CATTO, JAMES G. CLARK, GLYN COPPACK, CLAIRE CROSS, PETER CUNICH, VINCENT GILLESPIE, JOAN GREATEX, BARBARA HARVEY, F. DONALD LOGAN, MARILYN OLIVA, MICHAEL ROBSON, R.N. SWANSON, BENJAMIN THOMPSON.

F. DONALD LOGAN is Professor Emeritus of History at Emmanuel College, Boston, and Honorary Fellow of the Pontifical Institute of Mediaeval Studies, Toronto.

In their variety of subjects and approaches (these essays) provide revealing insights into the current directions of scholarly thinking about the last century of the religious orders in medieval England...The impression left is of the vitality of current research. CATHOLIC HISTORICAL REVIEW I recommend this book. It helps shed light on one of the greatest social changes that occurred in England during the 16th century. But, by the same token, it reminds us how much more work needs to be done before one can even begin to understand the origins of the modern world in which we live. COLLOQUIUM A highly valuable contribution to a debate which still deserves further attention. SOUTHERN HISTORY 25