Cult of King Charles the Martyr 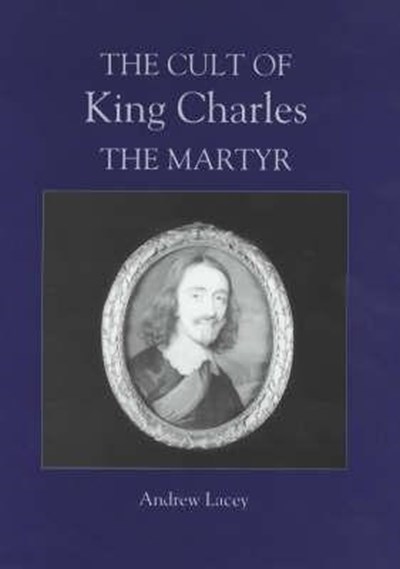 Cult of King Charles the Martyr

Publisher: Boydell & Brewer Ltd
ISBN: 9780851159225
Number of Pages: 318
Published: 20/03/2003
Width: 15.6 cm
Height: 23.4 cm
Description Author Information Reviews
The cult of King Charles the Martyr did not spring into life fully formed in January 1649. Its component parts were fashioned during Charles's captivity and were readily available to preachers and eulogists in the weeks and monthsafter the regicide. However, it was the publication of the Eikon Basilike in early February 1649 that established the image of Charles as a suffering, innocent king, walking in the footsteps of his Saviour to his own Calvary at Whitehall. The figure of the martyr and the shared set of images and beliefs surrounding him contributed to the survival of royalism and Anglicanism during the years of exile. With the Restoration the cult was given official status by the annexing of the Office for the 30th January in the Book of Common Prayer in 1662. The political theology underpinning the cult and a particular historiography of the Civil Wars were presented as the only orthodox reading of these events. Yet from the Exclusion Crisis onwards dissonant voices were heard challenging the orthodox interpretation. In these circumstances the cult began to fragment between those who retained the political theology of the 1650s and those who sought to adapt the cult to the changing political and dynastic circumstances of 1688 and 1714. This is the first study to deal exclusively with the cult and takes the story up until1859, the year in which the Office for the 30th January was removed from the Book of Common Prayer. Apart from discussing the origins of the cult in war, revolution and defeat it also reveals the extent to which politicaldebate in the late seventeenth and early eighteenth centuries was conducted in terms of the Civil Wars. It also goes some way to explaining the persistence of conservative assumptions and patterns of thought. ANDREW LACEY is currently Special Collections Librarian, University of Leicester, and College Librarian, Trinity Hall, Cambridge.

Scholarly, readable, stimulating, and approachable. CHURCH TIMESBy placing before us a considerable, informed, and often sensitive reading of material too easily dismissed as predictable and unenlightening, Lacey has offered both a foundation for further studies and a well-placed stepping stone for others' journeys. H-NET BOOK REVIEWS Scholarly, insightful, and thought-provoking...(a) groundbreaking study. REVIEWS IN HISTORYIt is a tribute to this intelligent, fascinating and cogent study that it provokes far-reaching reflection. ENGLISH HISTORICAL REVIEW A major contribution to early modern British history. JOURNAL OF MODERN HISTORYOriginal in its treatment of the origins and early development of the cult of Charles I as martyr in the 1640s and 1650s... An important contribution towards a better understanding of what was in the king's mind and what were the beliefs of his supporters. HISTORYA valuable study of the materials of Charles' memorialization and the pressures that made the myth. AMERICAN HISTORICAL REVIEW Should be read by anyone interested in royal culture and its evolution over time. HISTORICAL JOURNAL