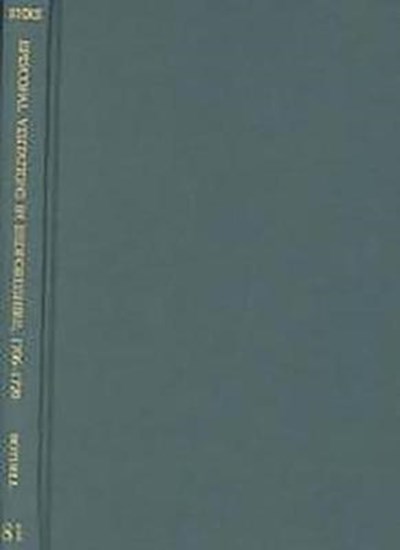 QTY
Add to Basket
Publisher: Boydell & Brewer Ltd
ISBN: 9780851550619
Number of Pages: 272
Published: 31/10/2002
Width: 15.6 cm
Height: 23.4 cm
Description Author Information Reviews
William Wake, as bishop of Lincoln, invented a new way to conduct his triennial visitations: he sent round to the clergy a printed list of questions which needed written answers. His enquiries covered not just clergy incomes and church services, but also the number of families in each parish; schools; charities; the number of nonconformists, with their teachers' names: a cross-section of life in Bedfordshire parishes. Wake's methods were copied and expanded by his successor at Lincoln, Bishop Edmund Gibson (1716-1723). The returns from five visitations in all are included in this volume - those of 1706, 1709, 1712, 1717 and 1720. The volume includes an introduction and is fully indexed.

Patricia Bell was Bedfordshire County Archivist 1968-1986 and also General Editor for BHRS. She both edited and contributed to many BHRS volumes. Chris Pickford studied history at Leicester and qualified as an archivist at University College London. He joined the staff of Bedfordshire County Record Office in 1977, becoming County Archivist in 1986. He left in 1998 to become Director of the Church of England Record Centre (CERC) in London. While at BCRO he took an active part in BHRS. He is an acknowledged expert on clocks and bells. Among a wide range of historical interests, architectural history and the study of buildings rank highest. Since leaving CERC in 2001 he has worked freelance. His revised edition of the Pevsner Buildings of England volume on Warwickshire, his native county, was published in 2016.